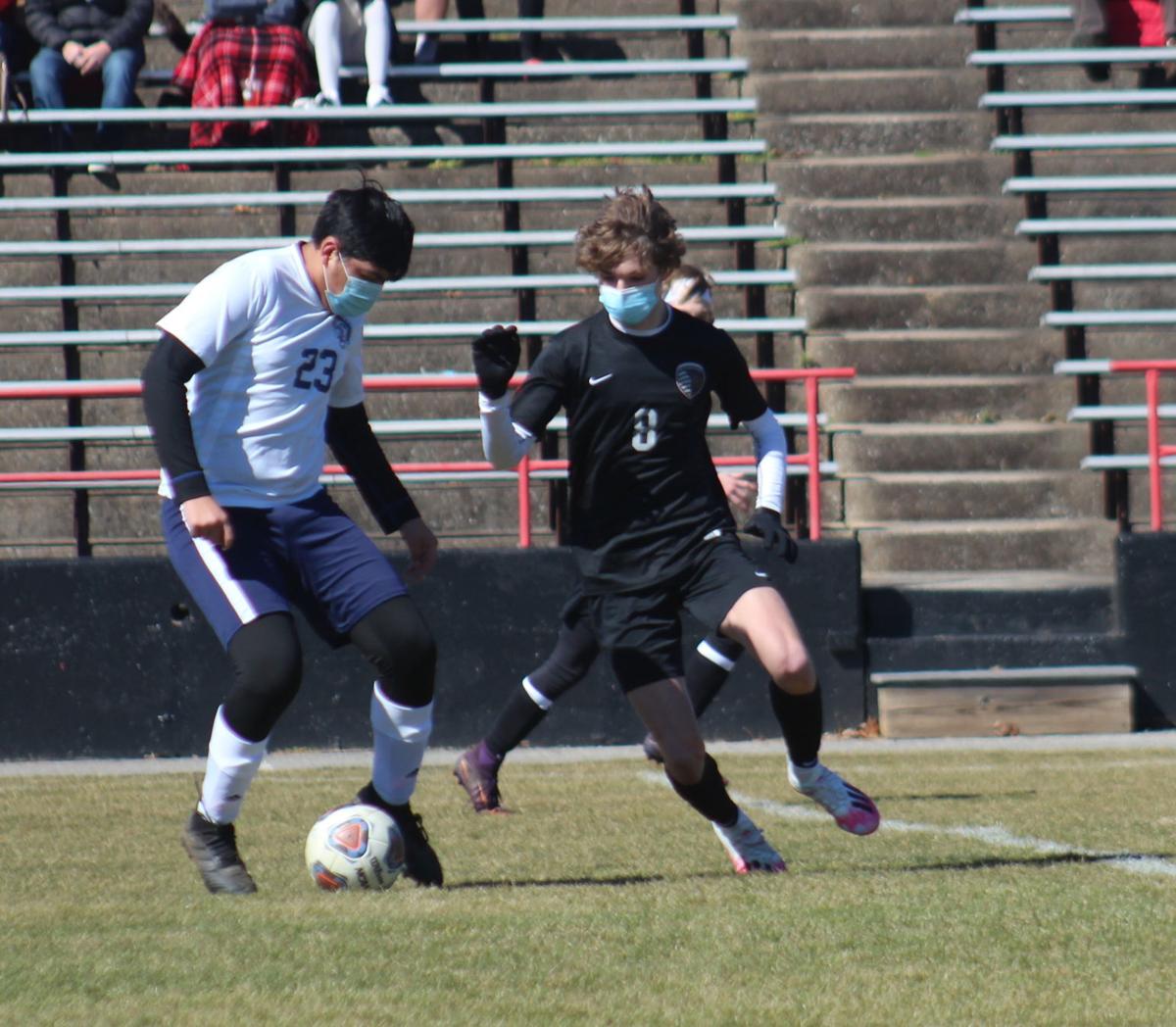 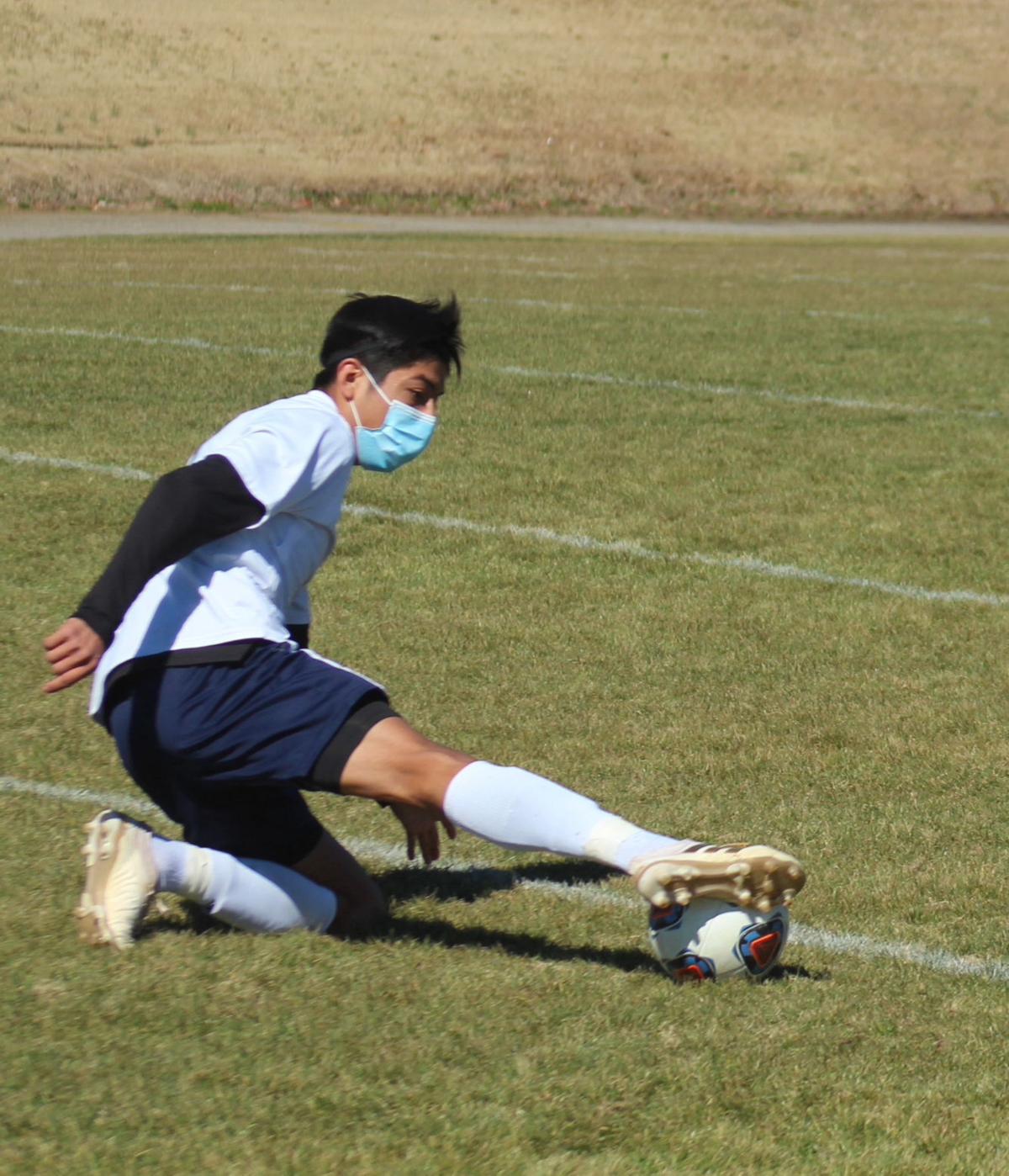 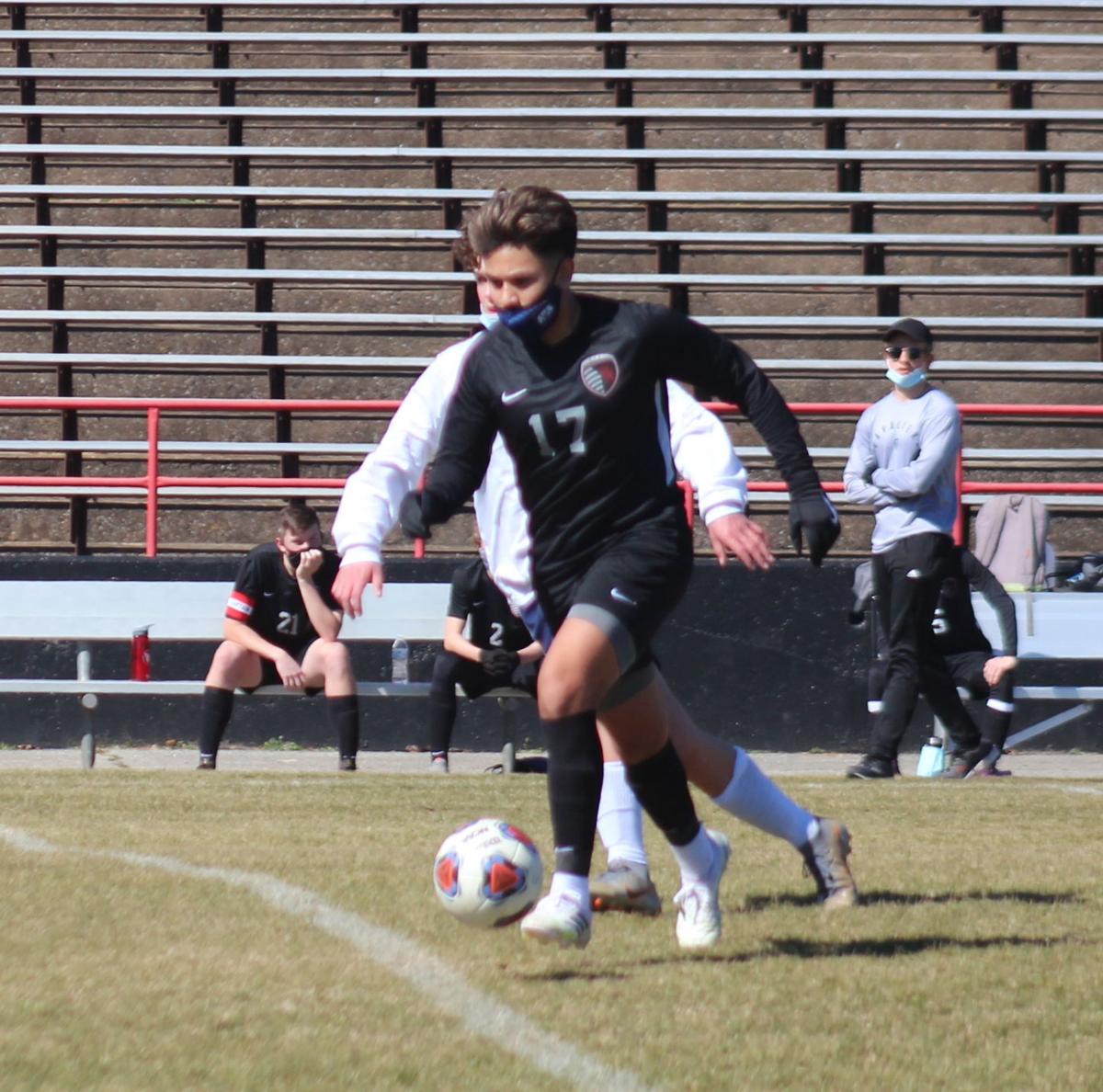 East Rutherford's Sergio Merida takes the ball down the field during Saturday's match.

East Rutherford's Sergio Merida takes the ball down the field during Saturday's match.

FOREST CITY — The East Rutherford Cavaliers and CHASE Trojans soccer teams played to a 1-1 draw on Saturday afternoon, with both teams scoring a goal in the second half.

CHASE head coach Evan Whitfield was proud of the effort his team played with on Saturday.

“They played 100 minutes and gave it their all,” he said. “I’m proud of them for staying strong. They didn’t give up. They kept fighting. It turned in to us having to play a lot of defense, but we held our ground and did a good enough job to at least deserve a tie. I’m hopeful we can get some reinforcements back on Monday and use this moving forward as a positive experience.”

The Trojans came out of the gates hungry in the first half, firing several shots, but East keeper Austin Webb deflected each shot away. CHASE keeper Manny Jimenez did the same, preserving his clean sheet with multiple diving saves as the two teams played a scoreless first half.

The pace would quicken some in the second half as CHASE dominated possession early. After a pair of misses, CHASE’s Jordan Herron fired a shot that bounced off Webb’s fingertips and into the goal to give CHASE the 1-0 lead.

East Rutherford would go on the offensive attack after the goal, placing shot after shot on goal, but Jimenez was a stone wall, keeping everything out, until the 72nd minute.

Taking advantage of a free kick, East Rutherford’s Roberto Lopez sent a missile past Jimenez’s outstretched hand to tie the match at 1.

Both teams fired off shots over the final 15 minutes of the half, but neither goalie would give an inch, ultimately forcing extra periods.

In similar fashion to the final 15 minutes of regulation, both teams sent a lot of shots towards the goal, but none could find their way in, as the match ended in a 1-1 draw.

The day sports went dark: Retracing the dizzying 72-hour stretch that led to a sports shutdown

“We showed some resilience and some grit today,” he said. “Coming off of 14 days of quarantine and not being able to practice and with the weather this past week, we stepped on the field without any real training time. It wasn’t so much about the fitness as it was the touch on the ball and reading the game. I am very proud of our boys to be able to hang together and do what we did last night (Friday) and then turn around and do what we did today and get a result. It’s one of those days where you’re proud of the boys and proud of them trying to get back on the bike and get out there and try and gain momentum.”