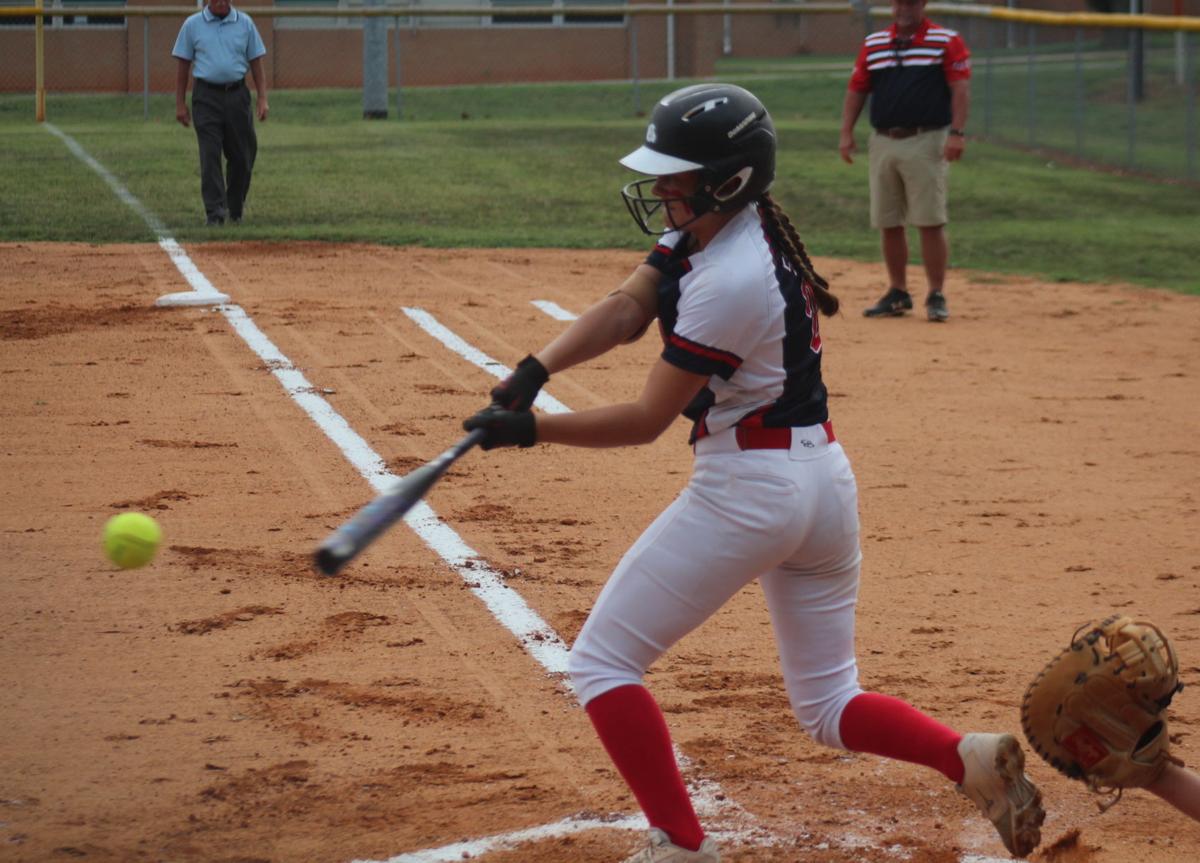 Baylee Short collected a pair of hits to lead the way for Post 423 in a 6-4 victory on Tuesday night. 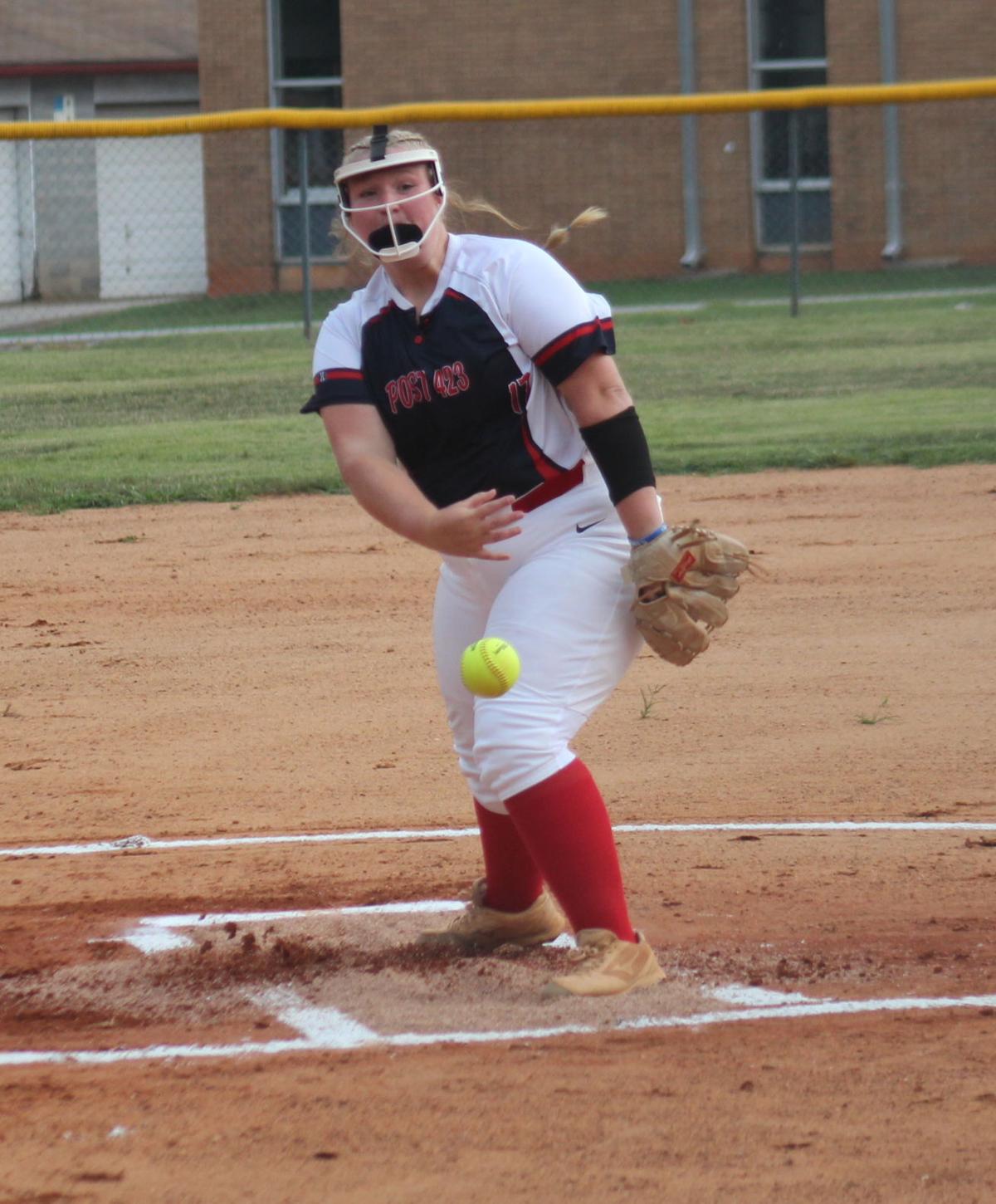 Baylee Short collected a pair of hits to lead the way for Post 423 in a 6-4 victory on Tuesday night.

Post 30 threatened in the top of the first as Morgan Chapman singled, stole second and advanced to third on an error with just one away, but Post 423 pitcher Christian Beaver recorded a strikeout and induced a groundout.

In the bottom half of the inning, Post 423’s Lani Warren reached base on a dropped third strike and stole second, but was left stranded.

Post 30 would get a two-out single off the bat of Bailey Huss, but Beaver punched out Meredith Bolen to end the threat. The visitors would finally strike in the top of the third. CG Dellinger tripled to lead off the inning and scored on a RBI single by Tatum Martin, who then scored on a RBI single by Madison Currence to put Post 30 ahead 2-0. Beaver would strike out the next two batters to end the frame.

Post 423 immediately answered in their half of the third. Chloe Young doubled with one out and advanced to third on a Baylee Short bunt single. Short then stole second and Abby Pringle drove them both home with a two-run single to tie the game at 2.

After a quiet fourth, Post 30 loaded the bases in the top of the fifth on two errors and a single, but Beaver worked out of the mess without allowing a run as the game remained tied.

Boise State doing 'due diligence on all fronts' in wake of Texas, OU news

In the bottom of the inning, Post 423 went to work. Karley Bailey led off with a walk and advanced to second on a passed ball and to third on a wild pitch. Short would walk and steal second. Pringle, Warren and Sarah Holmstrom would deliver back-to-back-to-back RBI singles to put Post 423 ahead 5-2.

The home team would add an insurance run in the bottom of the sixth. Haley Coffey walked with one out. Bailey then reentered the game to run for Coffey and advanced to third on another double by Young. Short would drive home Bailey to give Post 423 a 6-2 lead going into the top of the seventh.

Lincoln County would put together one last rally in the seventh. After a groundout, Chapman doubled and Currence was hit by a pitch. Both runners advanced a base on a wild pitch. After a lineout, Emma Bumgarner drove them both home with a two-run single up the middle, but Beaver would induce a popout to end the rally and the game.