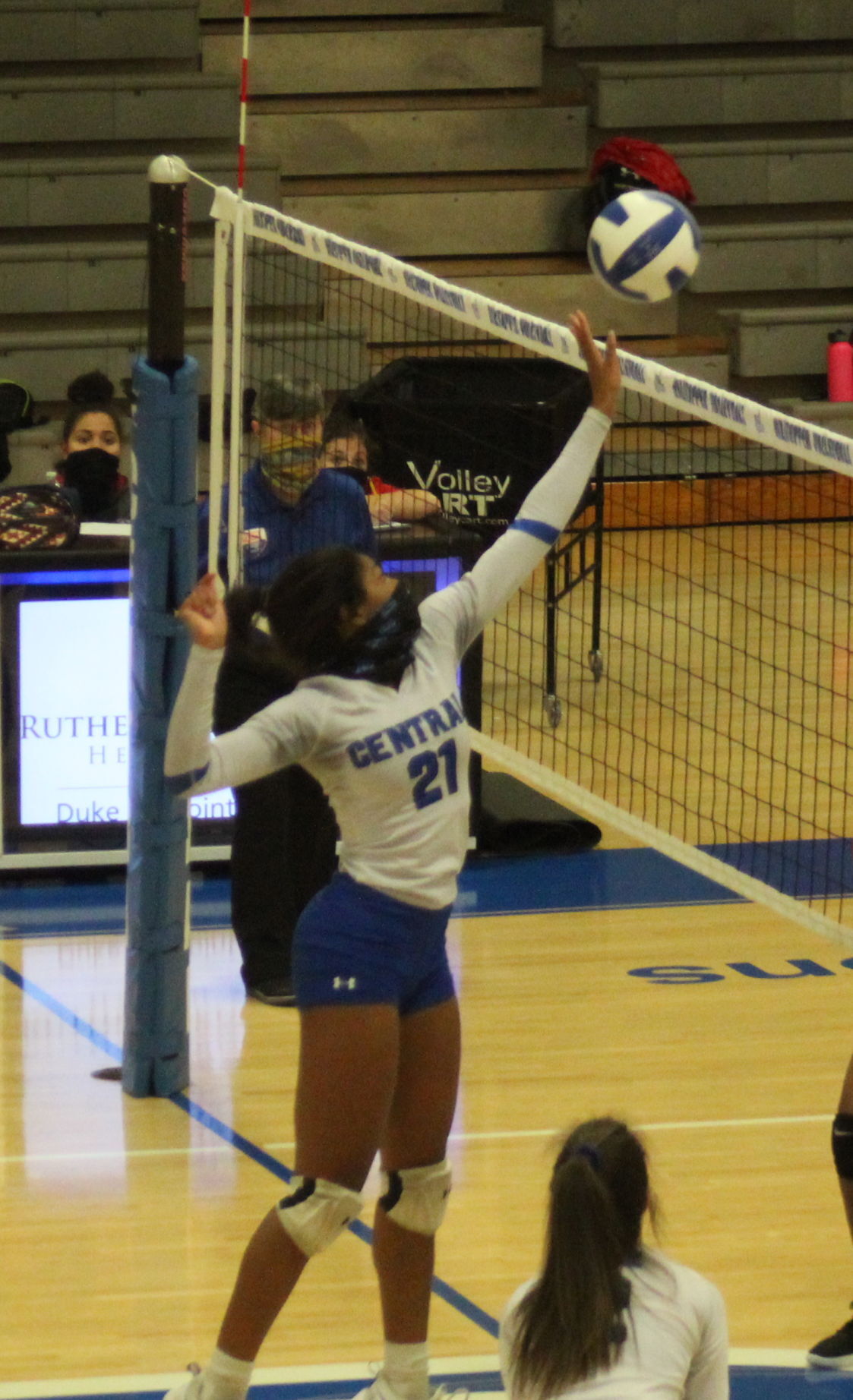 Above left: R-S Central’s Aziyah Rudisill knocks the ball back over during Tuesday’s match against East Rutherford. The Hilltoppers claimed a three-set victory. Above right: R-S Central’s Dot Norris sends a serve. 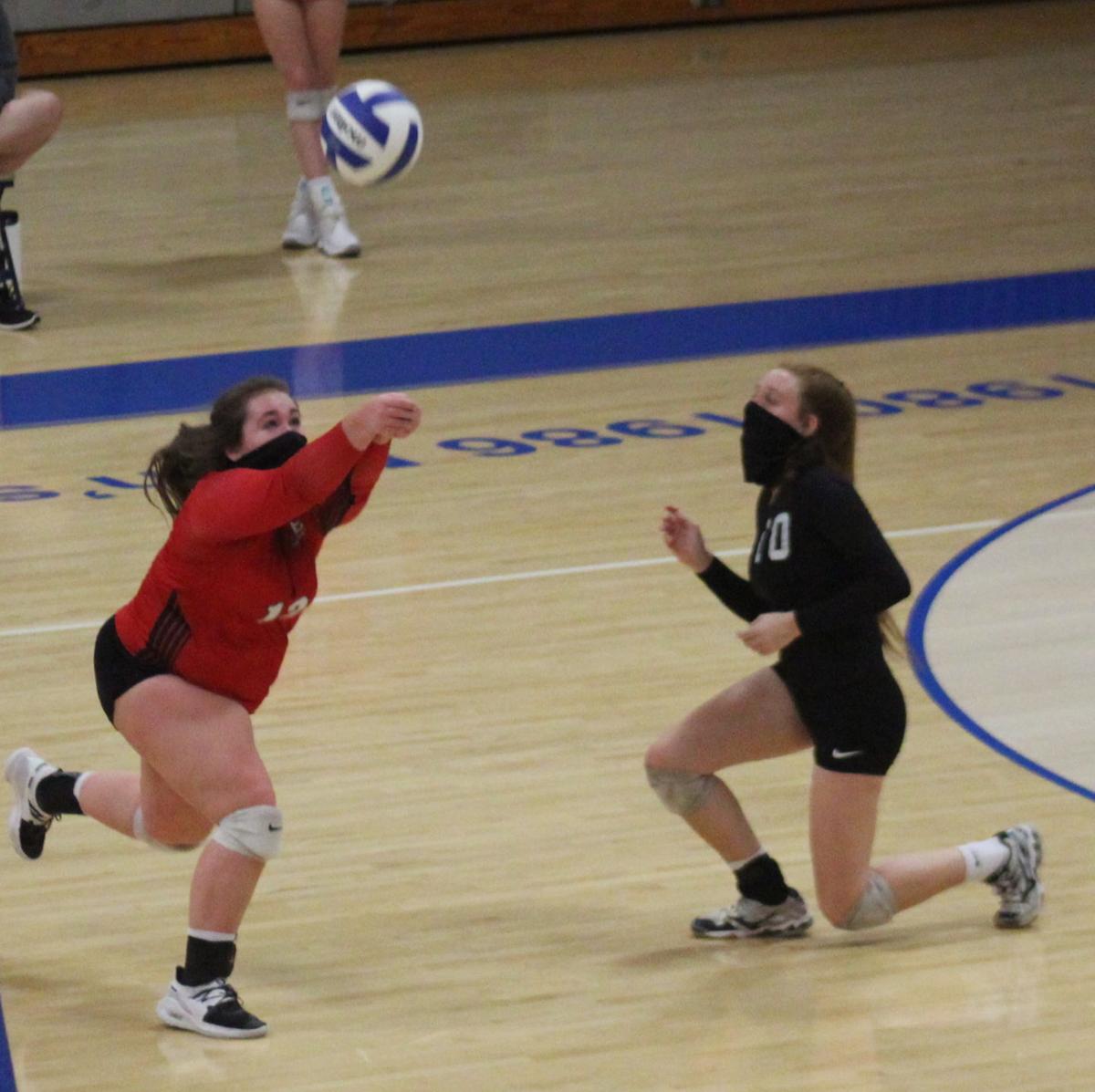 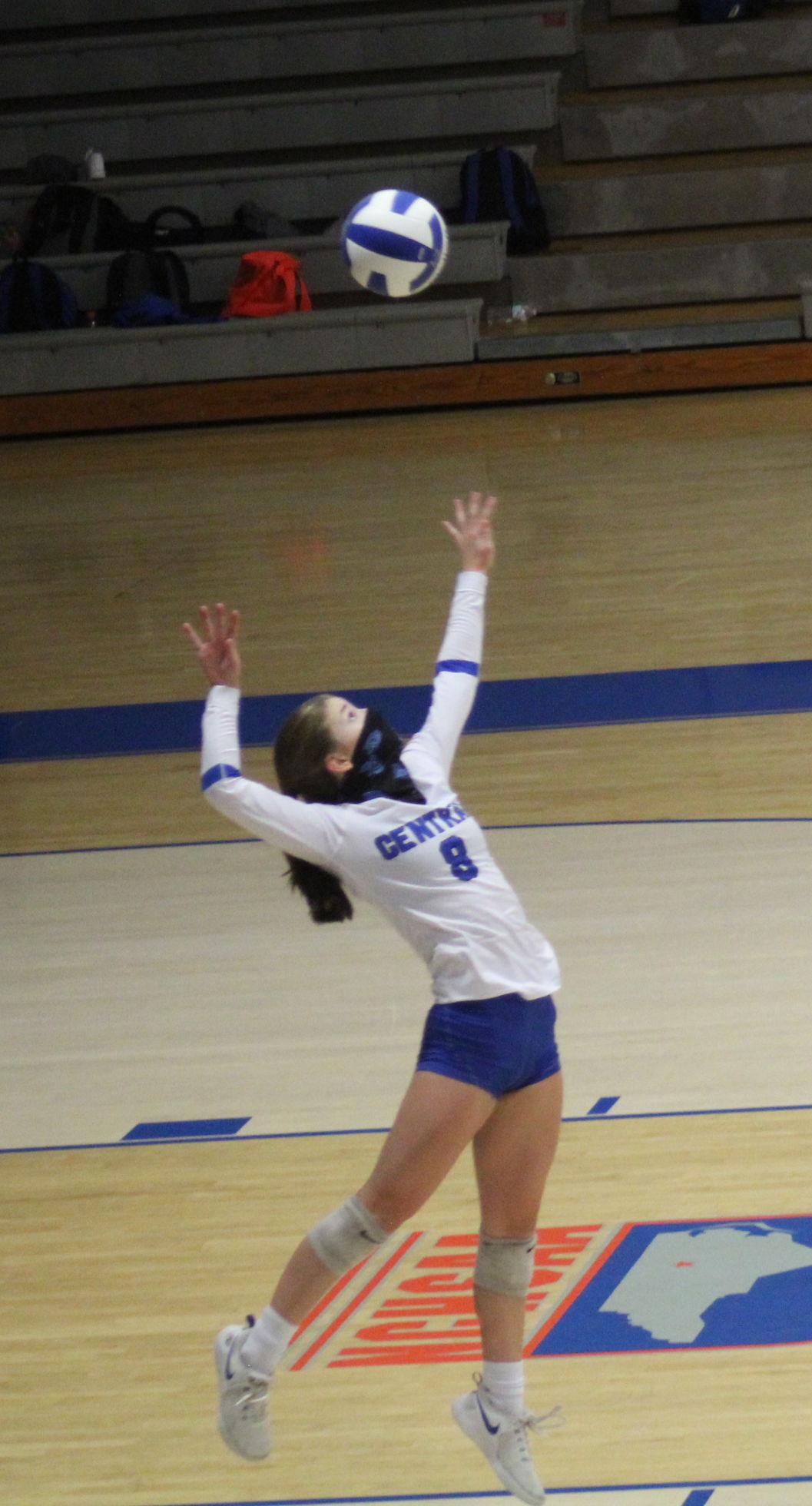 Above left: R-S Central’s Aziyah Rudisill knocks the ball back over during Tuesday’s match against East Rutherford. The Hilltoppers claimed a three-set victory. Above right: R-S Central’s Dot Norris sends a serve.

RUTHERFORDTON — Despite it being the first game of the 2020 North Carolina High School Athletic Association (NCHSAA) volleyball season, the R-S Central Hilltoppers were in midseason form as they easily handled East Rutherford in straight sets (25-9, 25-15, 25-14).

“Cohesion,” R-S Central (1-0, 1-0) Southwestern Conference (SWC) head volleyball coach Ryan Sherburne said when asked about what he liked most about his team’s performance. “I’ve never had a team that gelled together better than the one I saw tonight. I don’t know what it was. We were short two starters, but they stepped up and they played phenomenally.”

Aziyah Rudisill delivered a kill to open the match, which was followed up by a Macy Greene ace to give the Hilltoppers a 2-0 lead. After a service error closed that gap to one, R-S Central answered with a 5-0 run behind a Taylor Wright kill and a Dot Norris ace.

Makenzi Searcy would add a pair of kills before East Rutherford’s Cammie Walker delivered a kill of her own to bring the Lady Cavs within five, 9-4. R-S Central would win 12 of the next 13 points to take a commanding 21-5 lead as Norris, Rudisill and Ashlyn Gibbs combined for seven kills in the stretch. After a service error, Rudisill delivered back-to-back kills, which were answered by East Rutherford’s Sequoyah Lowrance and Ashleigh Jones to bring the deficit to 15, but the Hilltoppers would put the set away on an error.

“I wasn’t expecting it because it was our first official conference game and it was a little nerve wracking, but I think we played pretty well,” said Norris, who finished the night with eight kills.

Norris also felt the team’s energy and connection were what led to the victory.

The second set would be much more competitive with the two teams trading blows for the first 23 points of the set. After the Hilltoppers took a 1-0 lead, Lowrance tied it up with a block before an error gave East Rutherford (0-1, 0-1 SWC) a 2-1 lead. A Norris kill and Rudisill block gave the Lady ‘Toppers a lead they would not relinquish. The Lady Cavaliers would cut the deficit to one on a Lowrance block, but Searcy blasted three kills and Hannah Newton added one of her own to push the score to 8-3. East Rutherford would score three straight points, capped off by a Walker kill, but the duo of Searcy and Newton would respond with three kills in four points to put R-S ahead 12-6. The Cavaliers would answer with three straight points, capped off by another Walker kill. After an East Rutherford error, Walker brought the Cavaliers within three with a block at 13-10. Newton and Rudisill each had kills before Walker would deliver her third kill of the set. After a pair of errors pushed the R-S lead to six, Rudisill smashed a kill, but Devoria Boykins and Lowrance responded with back-to-back kills before Norris restored order with a kill. Wright would then seal the second set with an ace.

Husker Extra Live: With kickoff less than 48 hours away, it's time to preview Purdue

Jones would add a kill and a block on back-to-back points before a Searcy kill put the set and the match on ice as the Hilltoppers claimed the sweep. Greene believed it was good for the Lady ‘Toppers to get this under their belt after the long layoff between the end of the 2019 season and the start of the 2020 season.

“It’s what we have been prepping for all year, so just knowing that we got this off our chest and are ready to keep going is really amazing,” she said.

“We have a game against Polk County on Thursday (today). They are a good volleyball team,” she said. “We just have to fix our little mistakes that we made.”