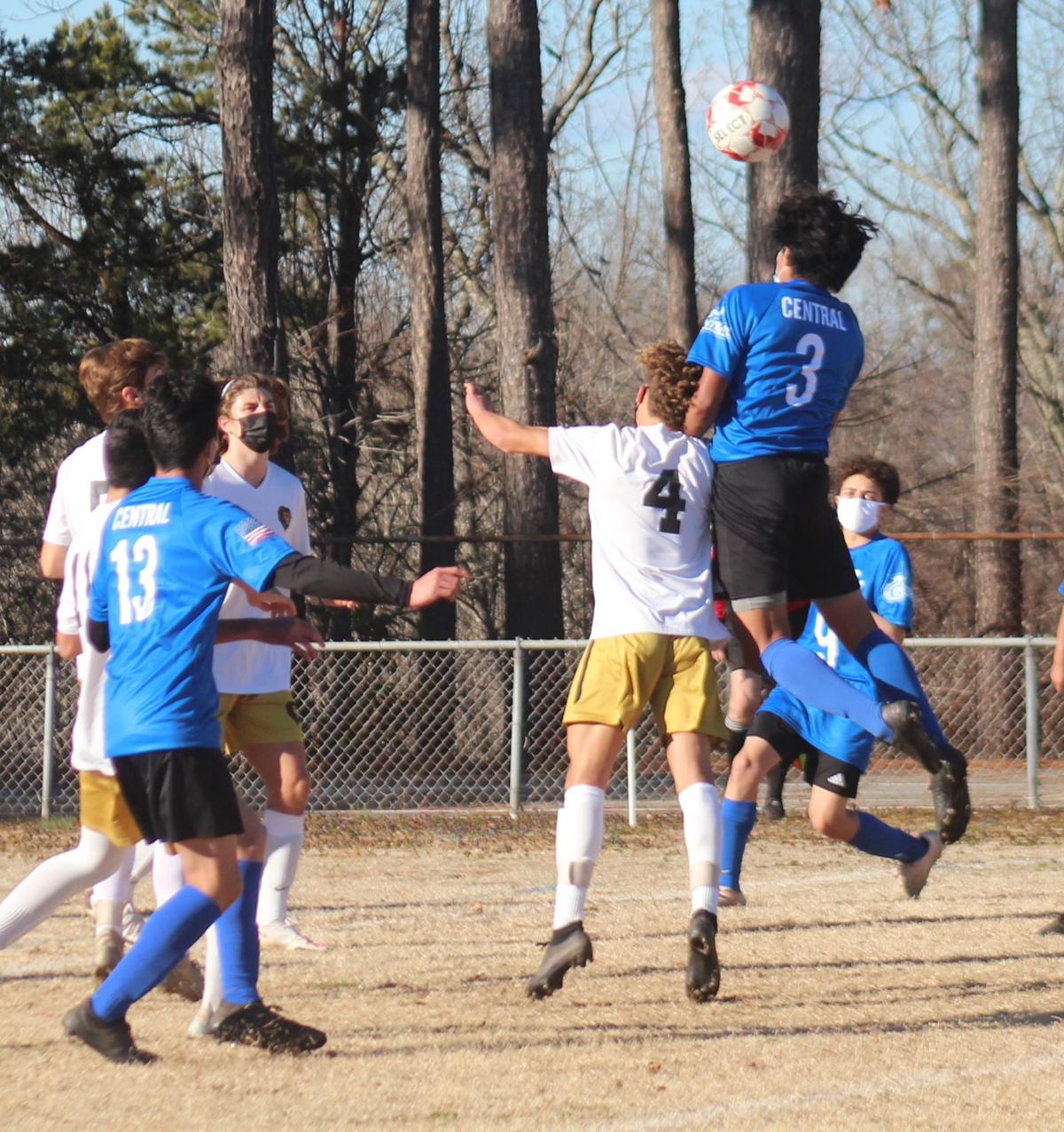 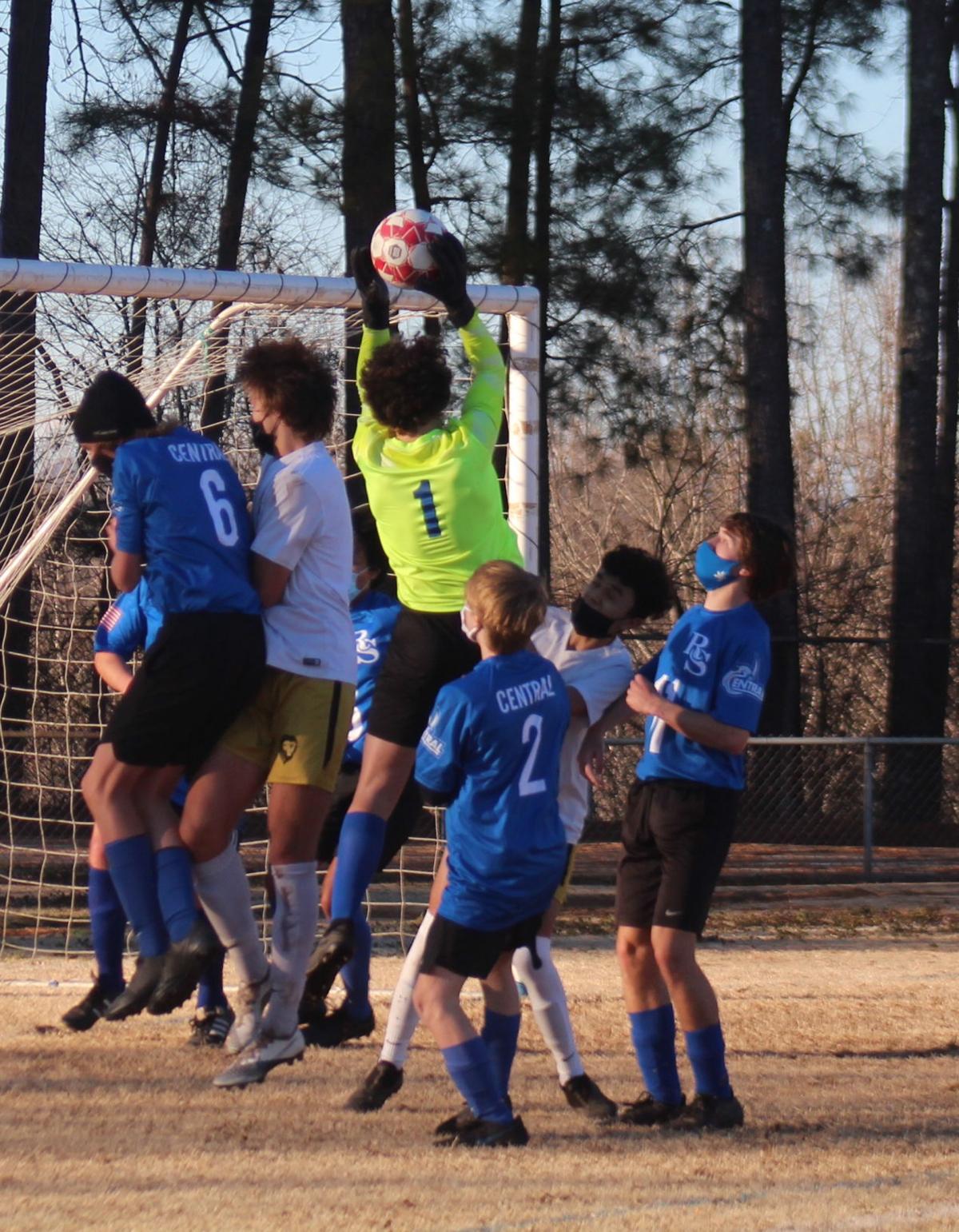 R-S Central’s Nic Keever skies for a save during Monday’s match.

R-S Central’s Nic Keever skies for a save during Monday’s match.

RUTHERFORDTON — After a 10-1 loss in their first matchup of the season, the R-S Central Hilltoppers battled the Shelby Golden Lions to a 1-0 defeat on Monday afternoon at R-S Middle School.

For 79 minutes and 40 seconds, the Hilltoppers held Shelby scoreless, despite several corner kicks and shots on goal by the Golden Lions, thanks to brilliant play by keeper Nic Keever.

But with 19 seconds left in the match, a Shelby shot found the side of the net, as the Golden Lions claimed the 1-0 victory.

Despite the loss, R-S Central head coach Christian Monroe was proud of his players.

“They are a team that has really fought through a lot of difficulties this season,” he said. “The first time we played Shelby, we lost by nine goals. So to come in to this game and the result only be 1-0, it shows they fought the entire match. We played against a really premier team in Shelby, who is really well coached. We didn’t get to play this match at home, but that’s just how this team is. They don’t care. They just show up and play their best game.”

The Hilltoppers are scheduled to face East Gaston tonight.