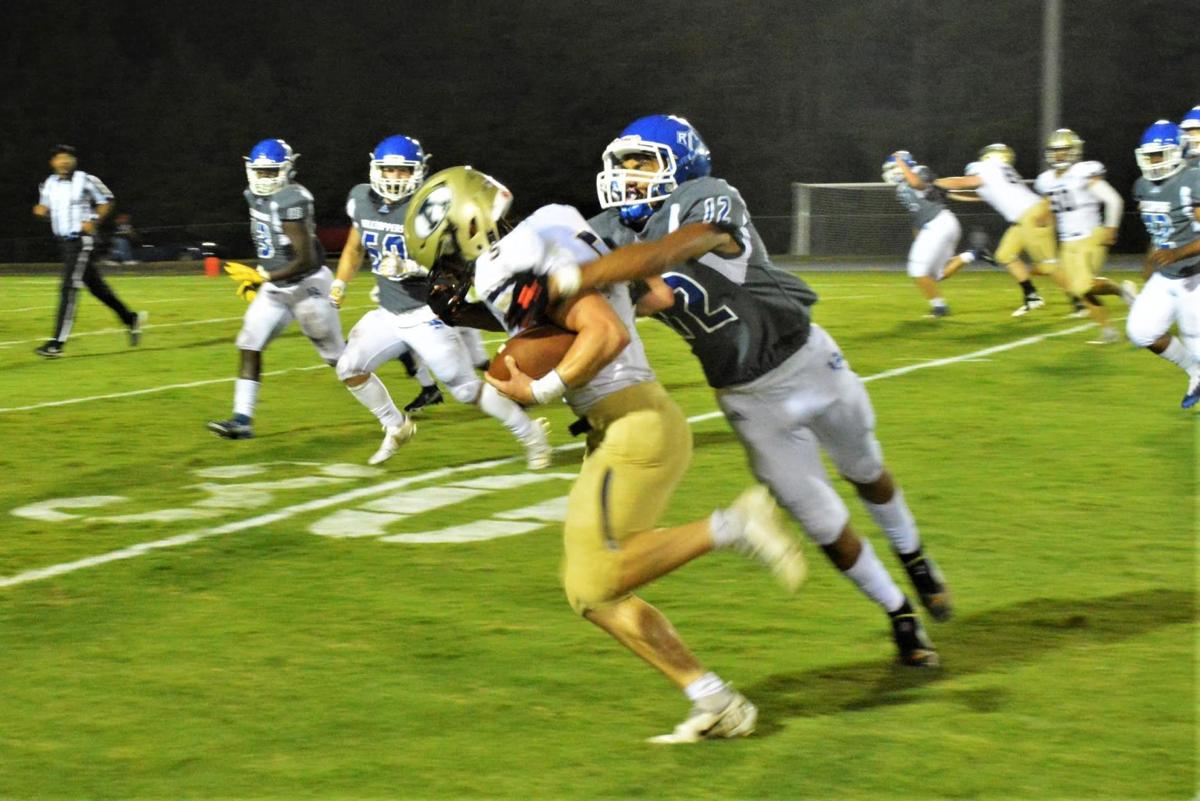 R-S Central’s Aaron Cuthbertson drags down Alexander Central’s Andrew Bumgarner during Friday night’s football matchup between the Hilltoppers and the Cougars at “The Palace.” 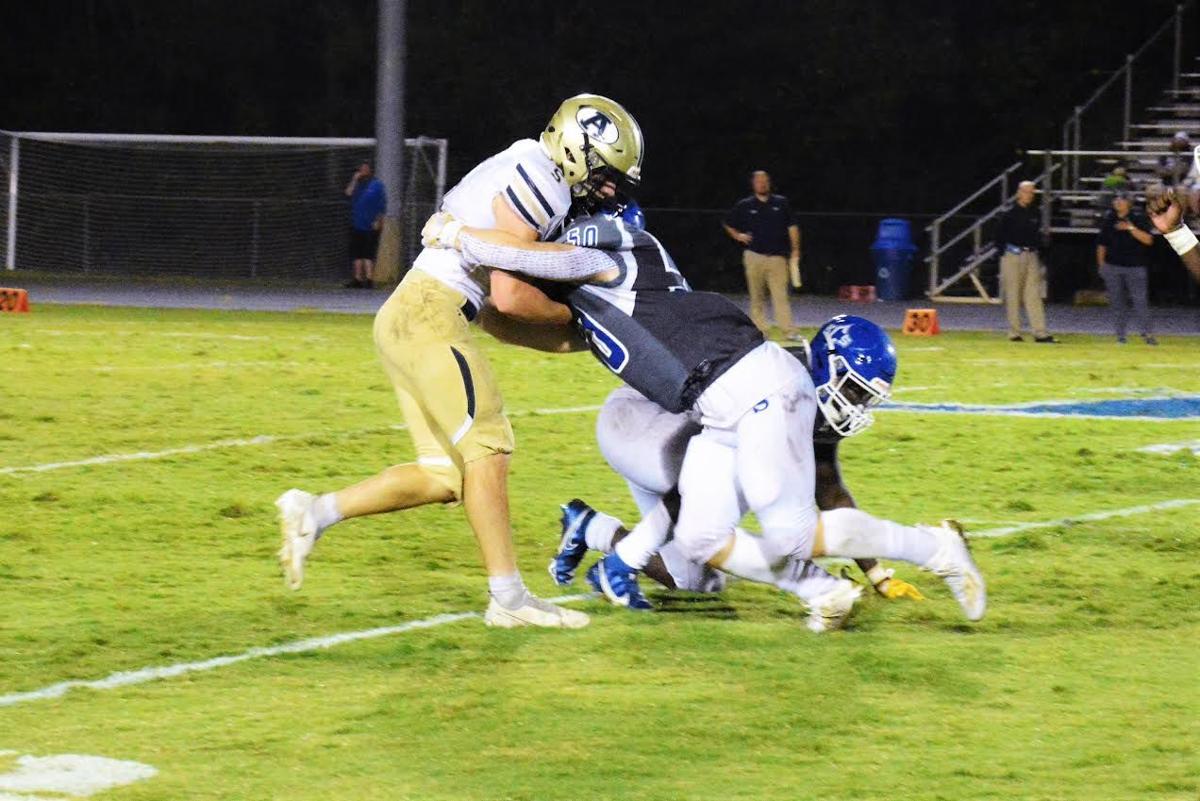 R-S Central’s Aaron Cuthbertson drags down Alexander Central’s Andrew Bumgarner during Friday night’s football matchup between the Hilltoppers and the Cougars at “The Palace.”

The Hilltoppers got the ball first, but fumbled it away. The defense would rise up as Xavier Toms picked up a fourth-down sack, giving the ball back to the offense near midfield.

The two teams would exchange punts and it appeared R-S Central had struck first as Trey Shearer hit Toms on an option pitch for a 72-yard score, but the pitch was ruled to be an illegal forward pass, which wiped out the touchdown.

After giving the ball back to the Cougars, Alexander Central marched 36 yards in three plays as Luke Hammer scored on a 7-yard run. Andrew Bumgarner converted the two-point try to give the Cougars an 8-0 lead.

R-S Central would turn the ball over on downs on its next possession, but the defense would make another stop. After the two teams traded fumbles, the Hilltoppers were forced to punt.

The Cougars would then extend their lead with a one-yard scamper by Hammer, but the Hilltoppers stuffed the two-point try as Alexander Central led 14-0.

Nebraska-Oklahoma pregame observations: Could NU be closer to full strength vs. OU?

Watch Now: Debating the state of the Wildcats program after stunning defeat to NAU

Ken Hines III set R-S Central up with great field possession after a strong kickoff return, but an interception in the end zone ended the threat.

Coming out of the break, Alexander Central covered 65 yards in nine plays as Russell Frasier scored on a four-yard rush. After a failed conversion attempt, the Cougars led 20-0.

After forcing a punt, Alexander Central ate up nearly seven minutes off the game clock with a 14 play, 72 yard drive, ending with an eight-yard touchdown run by Bumgarner. Hammer converted the two-point try to make the score 28-0.

R-S Central would make a change in the backfield as Jaiden Coston moved over to quarterback and he led the Hilltoppers on a five play, 54-yard scoring drive, which featured a big run by Hines and a five-yard touchdown pass from Coston to Junior Montgomery. Toms would convert the two-point try as R-S Central trailed 28-8.

The Cougars would run out the remainder of the clock to hang on for the victory.

The Hilltoppers will travel to Hendersonville this Friday to play the Bearcats.