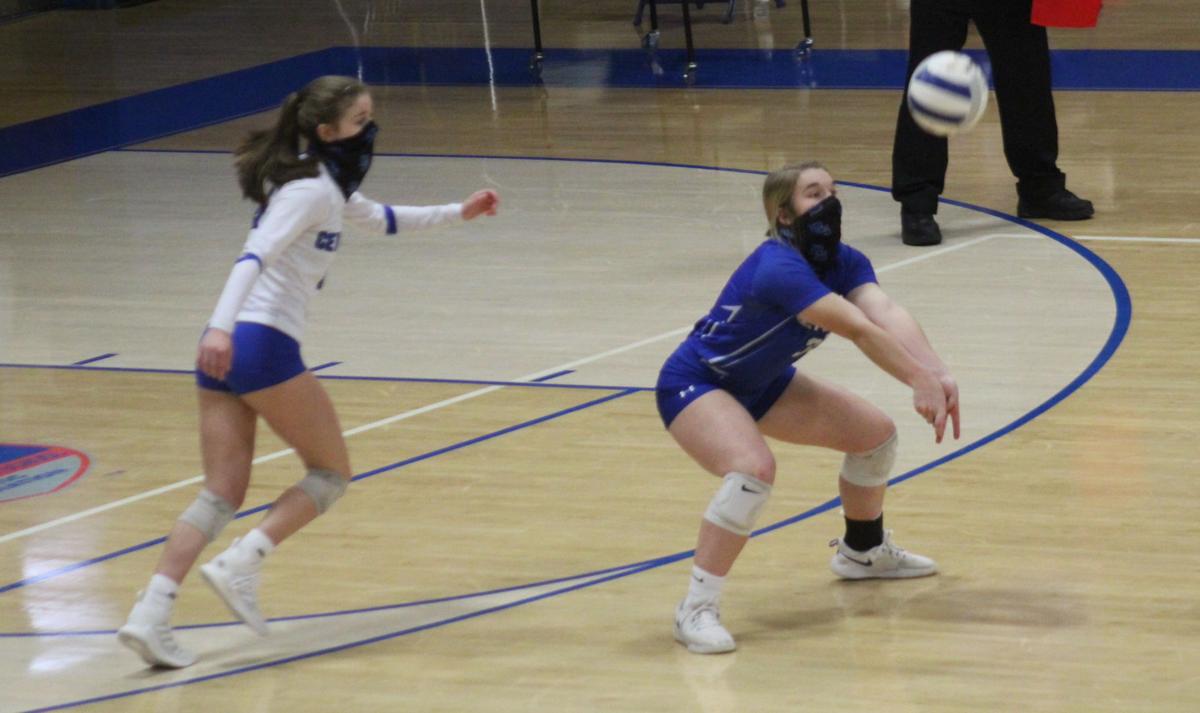 Lani Warren receives a serve in the first set of Tuesday's match as Dot Norris circles behind. 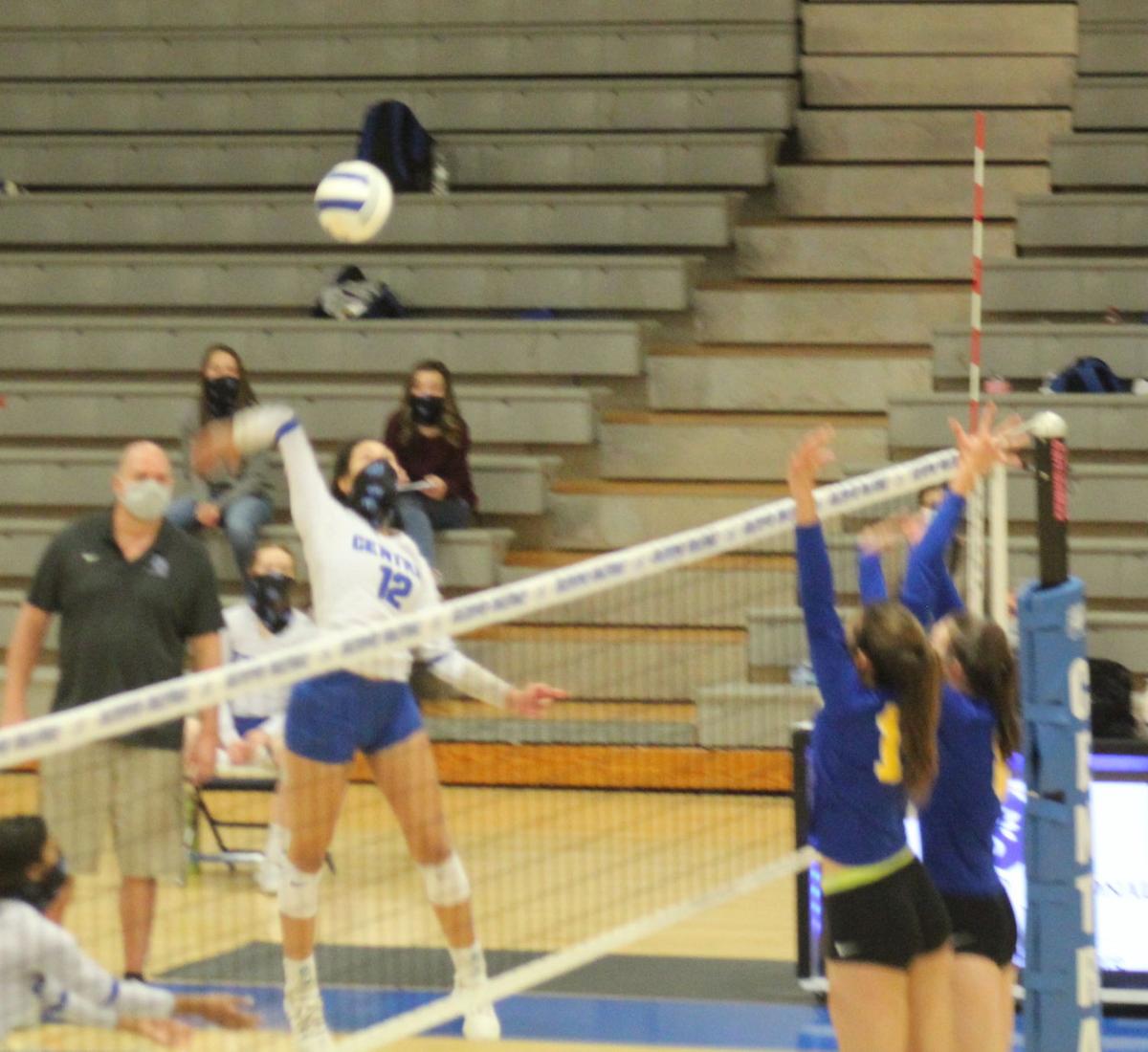 Above: MaKenzi Searcy puts away a kill during Tuesday’s match. Below: Lani Warren receives a serve in the first set of Tuesday’s match as Dot Norris circles behind.

Lani Warren receives a serve in the first set of Tuesday's match as Dot Norris circles behind.

Above: MaKenzi Searcy puts away a kill during Tuesday’s match. Below: Lani Warren receives a serve in the first set of Tuesday’s match as Dot Norris circles behind.

RUTHERFORDTON — R-S Central defended its home court on Tuesday evening with a four-set victory (25-20, 16-25, 25-16, 25-17) over Mount Pleasant in the first round of the North Carolina High School Athletic Association 2A Volleyball State Playoffs.

The Lady Tigers showed they weren’t intimidated, by jumping out to a 2-0 lead before Aziyah Rudisill put R-S Central on the board with a block. After a service error, back-to-back kills by Dot Norris and MaKenzi Searcy tied the set at 3. Mount Pleasant created some separation with a 3-0 run, but the Lady ‘Toppers countered with a 4-0 run behind a Searcy ace and a Norris kill. Trailing 11-9, Norris went off with four kills as part of a 6-0 run as R-S led 15-11. R-S Central was able to force Mount Pleasant into multiple errors before a Searcy kill gave the Hilltoppers a 22-17 advantage. Norris and Searcy would each add one more kill before a hitting error gave R-S Central the opening set.

The second set was tight early with the teams splitting the first eight points, as Searcy put away a pair of kills and Rudisill added an ace. The ‘Toppers would pull ahead briefly, but a 7-1 run by the Lady Tigers, put R-S Central in a hole. Hannah Newton ended the stretch with a kill and after several errors and a Searcy kill, R-S Central tied the match at 14. Mount Pleasant would dominate the rest of the set winning 12 of the next 14 points behind strong net play.

The third set would resemble the first two, with the two teams trading shots early. Trailing 6-4, R-S Central flexed its muscles with two Searcy kills, a Rudisill block, two Taylor Wright kills and a pair of Kaitlyn Holland aces to take a 13-7 lead. Searcy, Newton and Russell would each add kills in addition to two more by Norris as the Lady ‘Toppers rolled to a third set victory.

Mount Pleasant was not ready to go away just yet as the Lady Tigers opened the fourth set with a pair of aces to take a 3-0 lead. Norris would help claw the Hilltoppers back into the set with a kill and an ace to tie the set at 6. The teams went back-and-forth with Rudisill and Searcy each adding kills. Norris would add three more kills to go along with a Rudisill block and a Holland ace as R-S Central created some separation, 18-13. That lead would continue to grow as Searcy put away a kill and Rudisill added an ace. After a quick spurt by Mount Pleasant, Searcy put the match on ice with a kill.

“We made a slight adjustment heading into the third set and it paid dividends,” said R-S Central head coach Ryan Sherburne.

The Hilltoppers will now face defending 2A State Champion Fred T. Foard at home tonight at 6 p.m. Foard enters the matchup having won 47 straight matches over 2A competition.