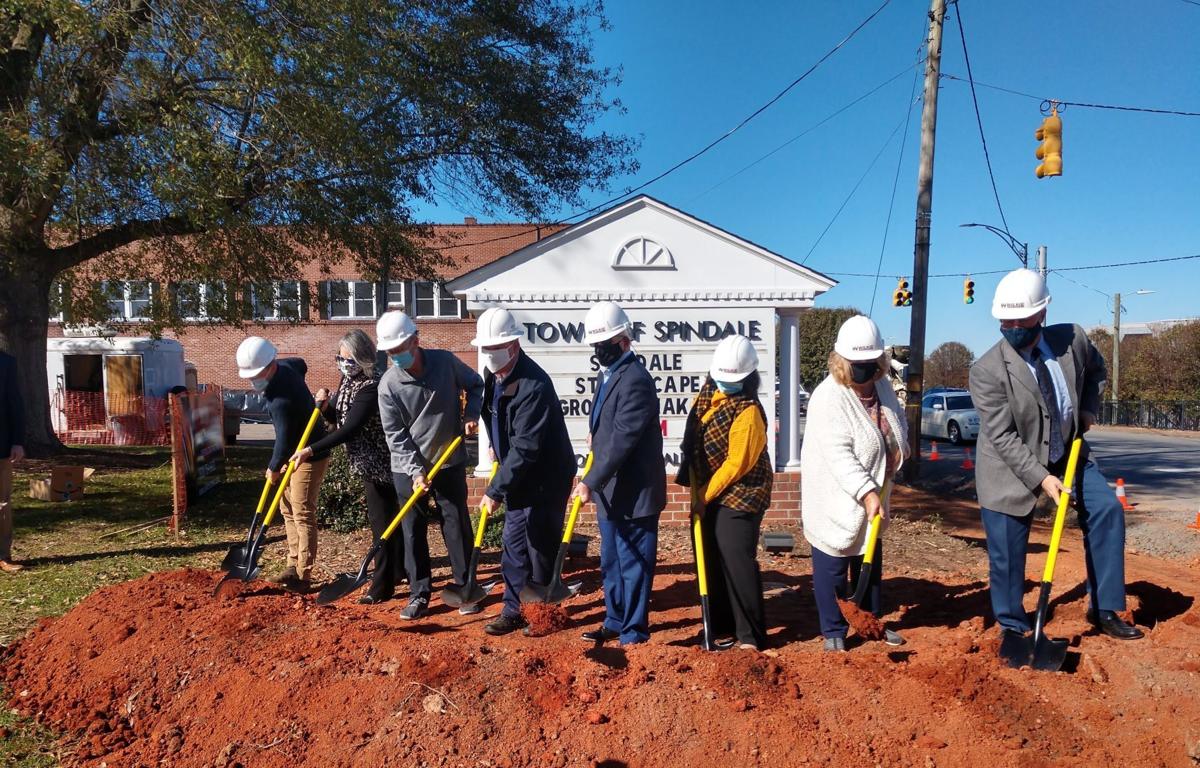 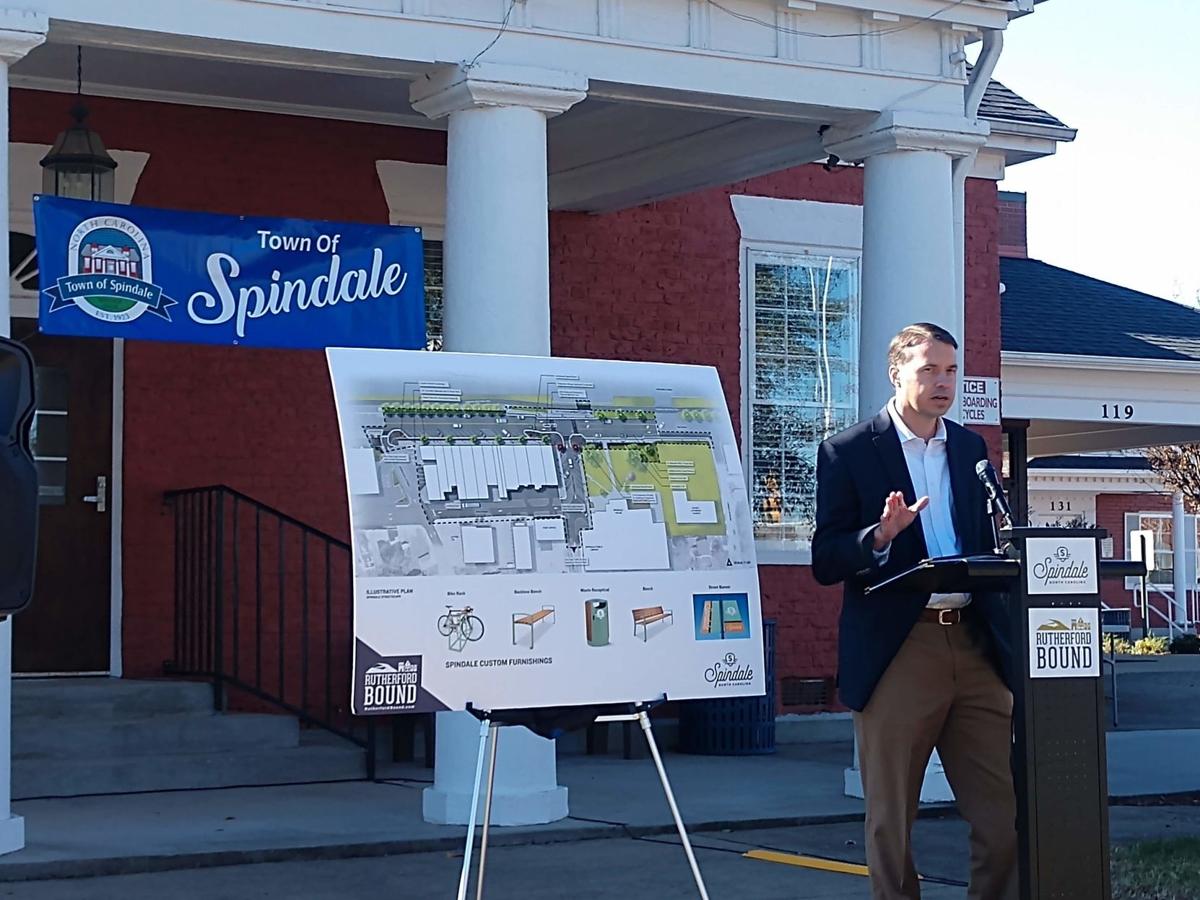 Spindale Town Administrator Scott Webber speaks at Thursday’s streetscape groundbreaking on the ground of the Spindale House. A plan of Phase 1 is displayed to Webber’s left.

Spindale Town Administrator Scott Webber speaks at Thursday’s streetscape groundbreaking on the ground of the Spindale House. A plan of Phase 1 is displayed to Webber’s left.

Representatives with the town, Rutherford Bound, Rutherford County Tourism Development Authority and various guests attended the groundbreaking ceremony to officially launch the start of the $1 million streetscape that better incorporates downtown with the 13.5 mile Thermal Belt Rail Trail. Held outside the front of the Historic Spindale House, the event included a sneak peek at the streetscape’s Phase 1 plans and the strategy behind the project.

“This is probably the biggest project in the last 50 years here in Spindale,” said Spindale Mayor Mickey Bland, calling the town “Rail Trail Central” because the recreational route runs through the heart of Spindale’s downtown.

The rail trail’s impact of the downtown and its connectivity to other municipalities throughout the county contributed to the birth of the idea for a new streetscape. A strategic plan was born three years ago with Rutherford Bound. A steering committee followed with the input from surrounding businesses.

“What’s the point of a streetscape without shops and restaurants?” said Scott Webber, town administrator.

Destination by Design was tasked with crafting a plan.

Town leaders along with local business owners and stakeholders adopted the streetscape’s master plan in 2018. It features new sidewalks, street trees, lighting and the improved connectivity to the rail trail from both the east and west sections of downtown. Specifics include 18 new street lights, eight new street trees and handicap accessibility to the rail trail, courtesy of RHI Legacy.

Plans also call for a seat wall in front of the Spindale House along the road. Phase 1 will extend from Nebraska Street to Revely Street.

The project will take about six months to complete, depending on weather.

Town leaders took advantage of the construction and replaced sewer lines and with the assistance of Broad River Authority created an underground stormwater collection system to reduce flooding.

“If you’re going to tear up the street, why not make another hole,” Bland said of the construction opportunity.

The additional work amounts to another $1 million investment in the downtown, for a total project closer to $2 million.

Bland credited the efforts of Don Cason, executive director of the county’s Tourism Development Authority, for moving the streetscape forward.

“Rutherford Bound is here to stay,” he said.

Moreover, he said its projects are about attracting tourists while “building a quality of life” for county residents.

“What do our towns want to be in the future?” Cason said that’s the question before Rutherford’s municipalities, adding that Spindale has coursed its next 15 years with the streetscape.

Whit Tuttle, executive director of the N.C. Department of Commerce’s Visit North Carolina, was among the event’s guests. He said he and his teenage son trekked the rail trail Wednesday on bicycles before stopping for lunch in downtown Spindale.

“I think you’ve found the path of success,” said Tuttle, adding that Spindale exudes a “warm and welcoming feel.”

“That’s what people are looking for,” he added.