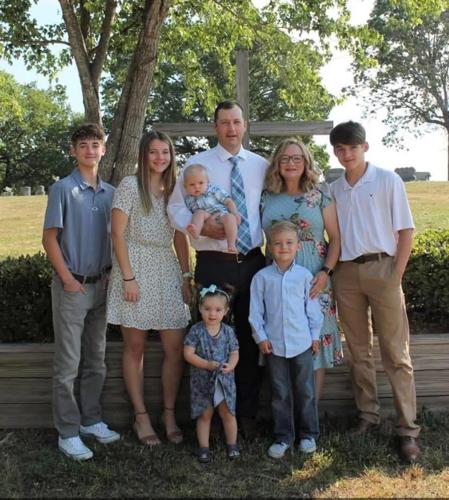 John and Ashley Horton are surrounded by their six children. 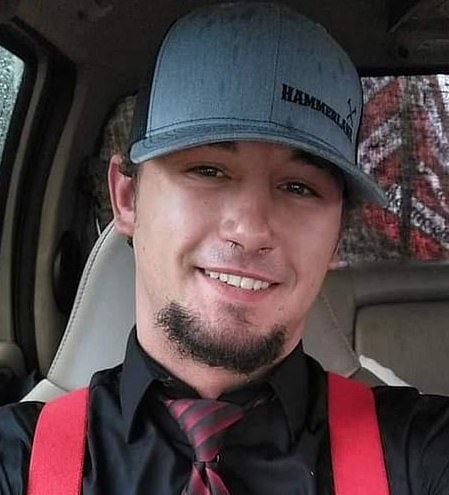 MOORESVILLE — The N.C. Highway Patrol has identified the detained motorist killed Monday night during a traffic stop that also claimed the life of a trooper.

Dusty Luke Beck. 26, of South Carolina, was pronounced dead at the scene of Monday night’s double fatality. Beck, riding a motorcycle, had been stopped by trooper John S. Horton shortly before 9 p.m. at High Shoals Church and Goodes Grove Church roads. Trooper James Nick Horton was responding to assist his brother John Horton when he lost control of his cruiser and then struck his brother’s stationary patrol car at the scene, which then hit John Horton and Beck, the highway patrol reported.

John Horton, a 15-year veteran of the highway patrol, later died at a hospital in Spartanburg, South Carolina.

During a press conference Tuesday afternoon, Gov. Roy Cooper expressed his condolences to both the Horton and Beck families.

“I particularly want to give deep condolences to the friends and family of State Highway Patrol Trooper John Horton and Mr. Dusty Luke Beck who were both killed in a tragic highway accident in Rutherford County last night,” Cooper said.

Both victims were fathers. Beck has three children while Horton is the father of six.

Cities with the most expensive homes in Fayetteville, North Carolina metro area

Social media has been abuzz about the tragic circumstances of the crash, offering condolences for both men killed.

One post included a message from Ashley Horton, John’s wife and the mother of their children.

“He was an amazing man. He was my person. I fell in love with him at 15,” she posted on Facebook. “He’s all I’ve ever known. I don’t even know what to do without him. But I’m thankful my hope is not in things of this world.”

Meanwhile, the body of John Horton was transported back through Rutherford County Tuesday afternoon for funeral preparations. Law enforcement agencies paid tribute to the fallen officer by lining up as the procession traveled to the funeral home from the hospital.

The N.C. State Bureau of Investigation is leading the probe of the crash, along with North Carolina State Highway Patrol Collision Reconstruction Unit. The investigation remains active with no new information to report as of Wednesday afternoon.

Sorry, there are no recent results for popular videos.