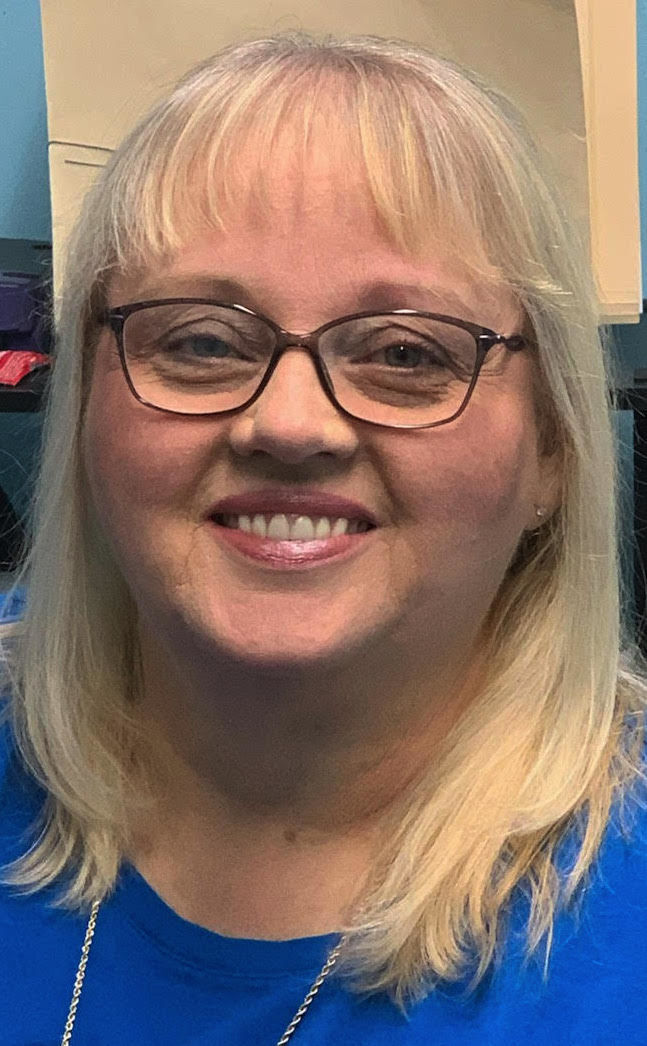 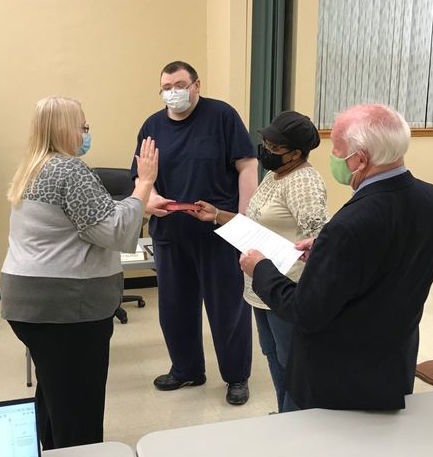 Incumbent Commissioner Lou Gilliam is pictured being sworn in at the town council meeting Monday, Dec. 7, 2020. Gilliam is challenged by Jennifer Cowan Spratt.

Incumbent Commissioner Lou Gilliam is pictured being sworn in at the town council meeting Monday, Dec. 7, 2020. Gilliam is challenged by Jennifer Cowan Spratt.

SPINDALE—There are three municipal election contests in the town of Spindale, but only one is competitive. Incumbent Commissioner Lou Gilliam is challenged by Jennifer Cowan Spratt.

Gilliam was asked by the board to fill the seat left vacant when Commissioner James Hamilton unexpectedly died from COVID-19. She was appointed to the seat in December, 2020.

“I hope the family of James Hamilton is proud of the work that I have done,” she said. “I had run for a commissioner seat in 2019, and lost by 16 votes. I remained interested, and eager, to serve on the board, and the board decided to appoint me to the position.”

Gilliam describes her time on the board as a learning experience.

“When I joined the board, the town was already in the midst of the downtown Streetscape project, and was already working on budget issues,” Gilliam said. “With the help of Town Manager Scott Webber, Mayor Mickey Bland and other council members, I was brought up to speed on the details of what was going on. I am grateful for the help that I have been given by the other board members. Our board works very well together.”

Gilliam says serving on the board during the COVID-19 pandemic has been rough at times.

Grocery stores are struggling to stock their shelves. Here's why

Melania Trump makes move 'unheard of from a first lady'

“We have dealt with a lot of changes,” she said. “But, I love serving, and I want to continue. I had thought about running for town council for years. I grew up in this town. My parents had businesses in Spindale, and I want to see Spindale thrive as it once did.”

In 2023, Spindale will be 100 years old. Gilliam is excited about her involvement with planning for the town’s official celebration.

“In the future, I want to continue to see downtown improve,” she continued. “The Thermal belt Rail Trail puts Spindale in a unique position. It runs through the heart of our downtown. The trail draws people to downtown...I hope eventually to see every building on Main Street full, with businesses that are flourishing.”

Gilliam said she also wants to see neighborhood improvements, especially those near the old mill buildings on the north side of town.

“This town is a good place. I want to see Spindale grow,” Gilliam added.

Gilliam has spent the bulk of her career in the radio industry, which began in 1982. Since 1994, she has worked at WCAB and has several roles including program and music director, and office manager.

Despite numerous attempts, Spratt did not return messages seeking an interview for this story.