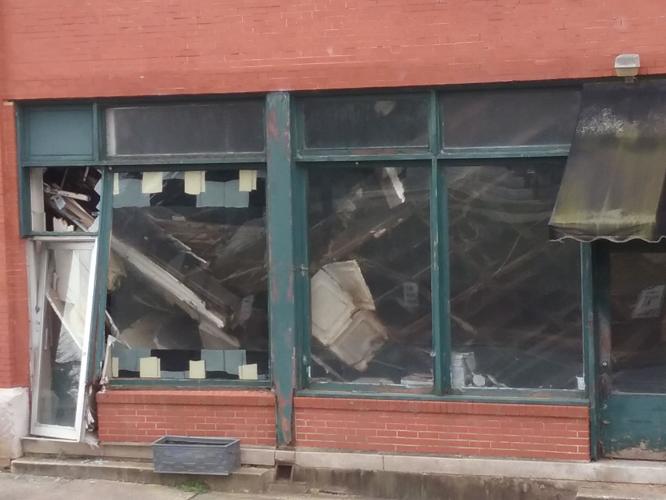 The Legal Grounds building on Main Street in Rutherfordton will soon be demolished. Work could begin in March. 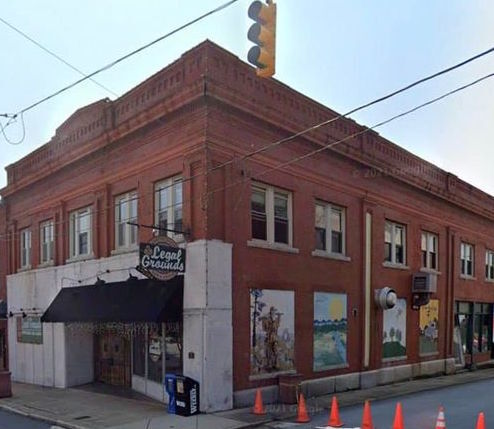 The Legal Grounds building originally was home to a bank. The building was built in 1912.

The Legal Grounds building on Main Street in Rutherfordton will soon be demolished. Work could begin in March.

The Legal Grounds building originally was home to a bank. The building was built in 1912.

RUTHERFORDTON — A large, prominent building in the heart of Rutherfordton that is over 100 years old will soon be demolished.

The building most recently known as the “Legal Grounds” building was constructed in 1912 and served for years as a bank. It later became a successful drugstore for many years, and later became Legal Grounds, a coffee shop/restaurant and bar.

After the closure of Legal Grounds, the building fell into disrepair that has only worsened through the years, with the owners apparently neglecting to do anything to preserve it.

The property is technically owned by Cynthia Grondahl and Doug Grondahl, mother and son, who operated Legal Grounds. The property has 32 liens against it, has gone through bankruptcy court, and ultimately the town of Rutherfordton was issued a Consent Judgment by the North Carolina Superior Court on Oct. 20, 2021.

Addressing the property as a public nuisance, the Judgment Order grants the town unconditional permission to “remedy” the nuisance, including but not limited to, a demolition of all structures on the property.

The building is located at 217 N. Main Street, and sits on the south side of the courthouse (with a one-way street between them.) The building is considered historic, and because it lies within the town’s historic district, the town’s planning board had to approve the demolition, and did so at its meeting Thursday, Jan. 13, issuing an official “certificate of appropriateness.”

Planning board members discussed how the building has sustained multiple structural collapses, with the roof falling in and water regularly pouring into the basement. Because of damage already done, shoring up the north wall of the building (closest to the courthouse) is not feasible and the wall is in danger of collapsing.

The board members agreed that what has happened already to the historic building, is “demolition by neglect.”

Use Pot? You May Need More Sedation During Endoscopies

'How do you shoot my baby?': Dad learns daughter was killed from shooting survivor

He said transforming the address from a junk heap to an empty lot is “...a great move in the right direction. It’s sad, but the building really can’t be saved.”

Other board members agreed.

“They have a heart, and a passion for preservation and for history,” Barrick said Friday. “They don’t want to see something like this ever happen again. They are heart-broken by what has happened with that building.”

To help ensure similar situations do not come to pass, the Town Council enacted a new local ordinance in January 2021, called the “non-residential maintenance code.” This gives the town much greater authority in making sure owners maintain their property.

Per the town’s historic commission guidelines, the town will document the Legal Grounds building, ensuring that a permanent record of the building survives. There will also be efforts to save any architecturally significant features of the building including the granite lintels (decorative beams that span openings such as doors or windows) and any other ornate interior or exterior details.

The demolition could begin mid to late March.

Barrick struck a note of optimism, and said this a time for town leaders to reimagine what that area will look like. The town owns property directly across the street from the courthouse (corner of East Second and North Main streets), sometimes called “the hole,” and is also considering options for that location.