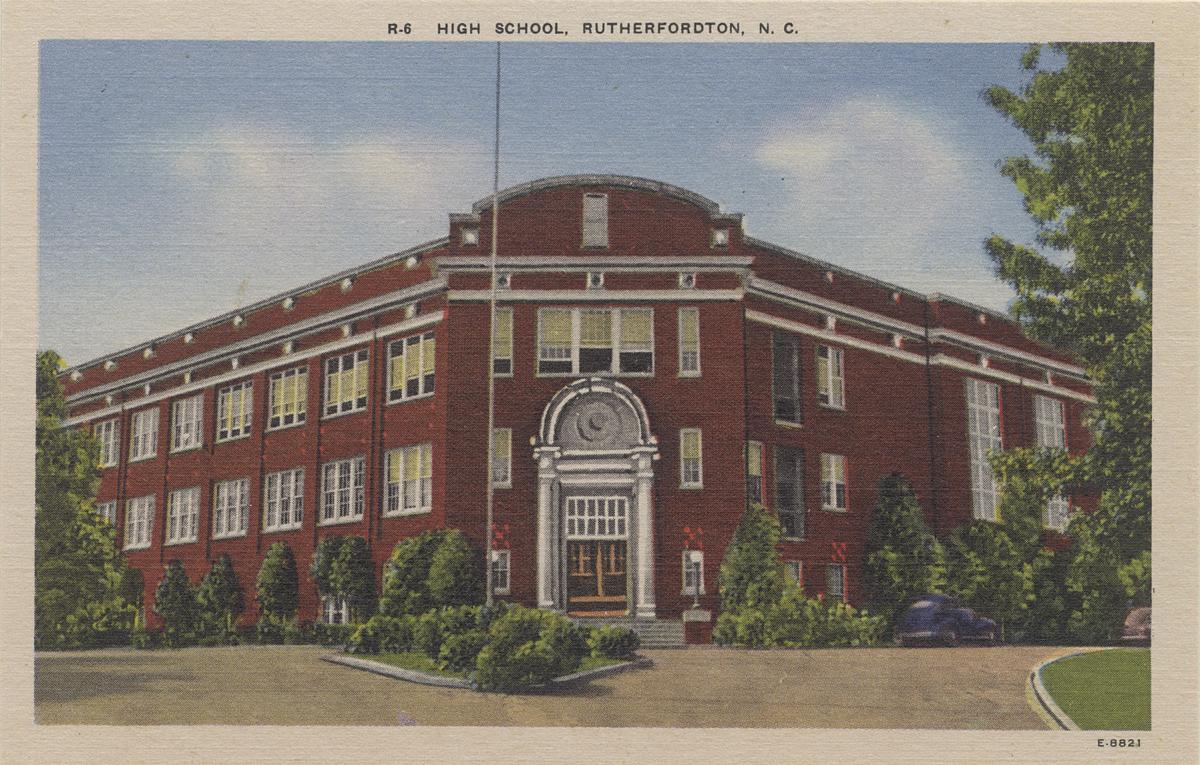 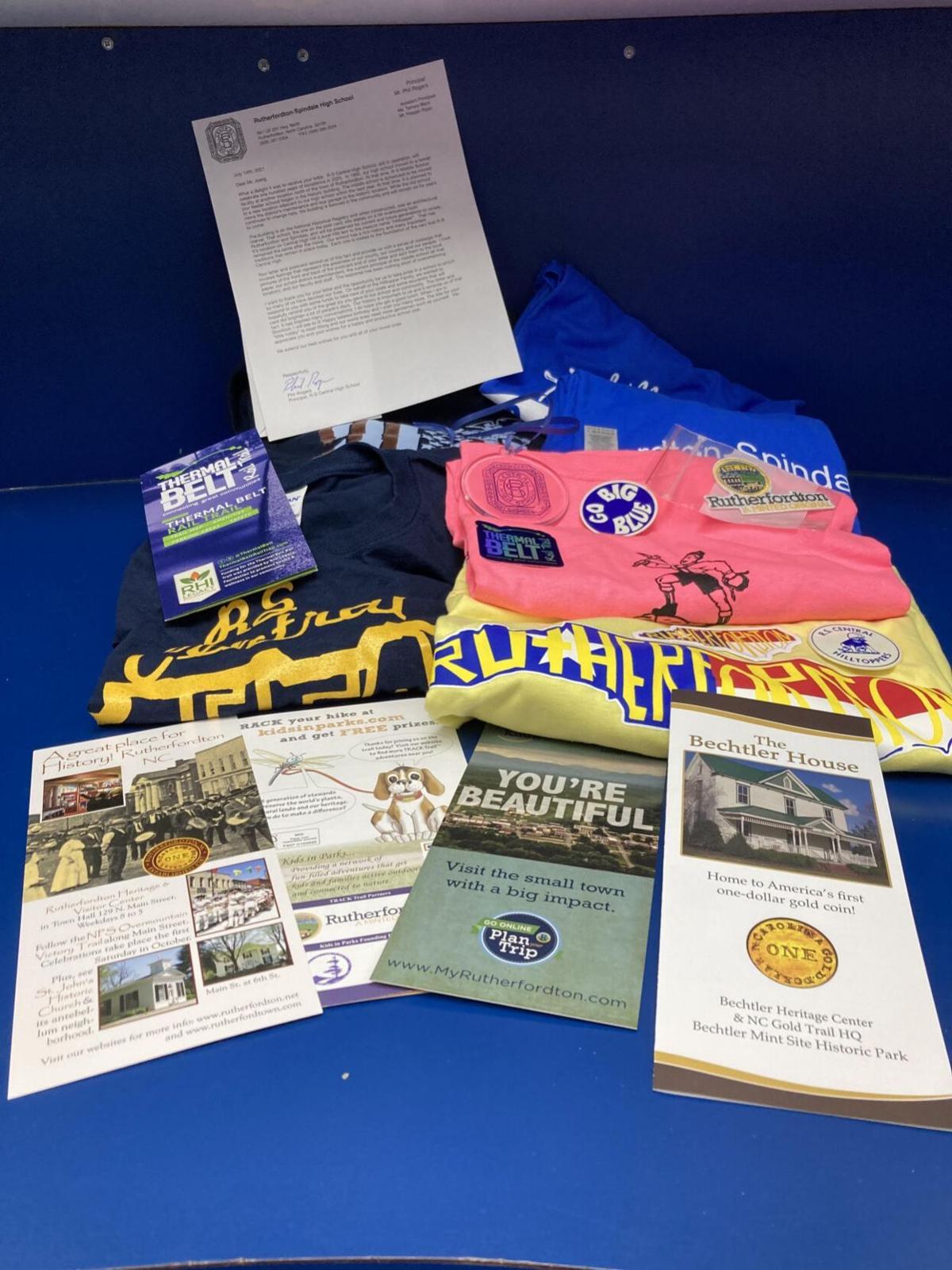 A collection of R-S Central High School souvenirs was gathered for a 93-year-old California man who mailed a postcard featuring the school in 1939.

A collection of R-S Central High School souvenirs was gathered for a 93-year-old California man who mailed a postcard featuring the school in 1939.

RUTHERFORDTON — The faculty and staff at R-S Central High School have spent part of the week celebrating the “Re-distribution of Happiness,” courtesy of a circa 1939 postcard forwarded by a 93-year-old Californian.

Principal Phil Rogers opened his mail earlier this week to find a letter addressed to the Superintendent of Schools at the address for R-S Central. Along with the letter was a photograph postcard depicting the school as it was in 1939, which now serves as the current R-S Middle School. Otherwise, the postcard was blank, or never used.

“Good morning: I was at an antique store some time ago and found this circa 1939 picture card showing your wonderful school. I figured you might enjoy seeing it. How it got to California we’ll never know,” wrote Lowell Joerg on July 7. His listed address was one of the Oaks Assisted Living in Stockton, California.

“The card itself is an old time classic,” Joerg’s letter continued. “I said to myself, ‘By golly, I think I’ll send it home where it can be appreciated.’ Our heritage is important to all of us. Lots of changes, I suppose. Enlarged and posted up it will create some nice conversation.”

Rogers shared the letter and postcard with others affiliated with the high school. The message was met with universal excitement, a byproduct of Joerg’s professed hobby — “Re-distribution of Happiness.”

It seems others have been on the receiving end of Joerg’s inspiring gestures.

A 2017 story in The Petoskey News-Review (Michigan) detailed how a judge also opened a letter accompanied by a postcard from Joerg. The postcard depicted a circa 1913 photograph of the old Otesgo County Courthouse.

The article went on to explain that Joerg had become “something of a folk hero” for his hobby of collecting postcards of prominent public buildings like schools, hospitals and courthouses and then forwarding to someone in a position to appreciate the artifact.

Two years ago, a story in the Journal Gazette & Times-Courier (Illinois) featured a story about Joerg forwarding a picture postcard of a high school from 1909.

All of Joerg’s letters echo similar messages, including a message that seems to be working.

He goes on to explain how his wife used to laugh at him, adding that if anyone responded that he’d owe her lunch.

Mrs. Joerg must have got her fill as her husband’s act of kindness stoked responses.

Wednesday (July 14) Rogers penned Joerg a return letter while also garnering him a collection of Hilltopper souvenirs, as well as amble postage reimbursement. In his letter, Rogers explains the evolution of the R-S Central High School and that it is listed on the National Historical Registry while remaining “an architectural marvel.”

“The letter and card did brighten a lot of people’s days,” Rogers wrote. “Our history is important to us and it reminds us of that fact. It has inspired many conversations...The title of your ‘little hobby’ is most fitting and our world does need more gentlemen such as yourself.”