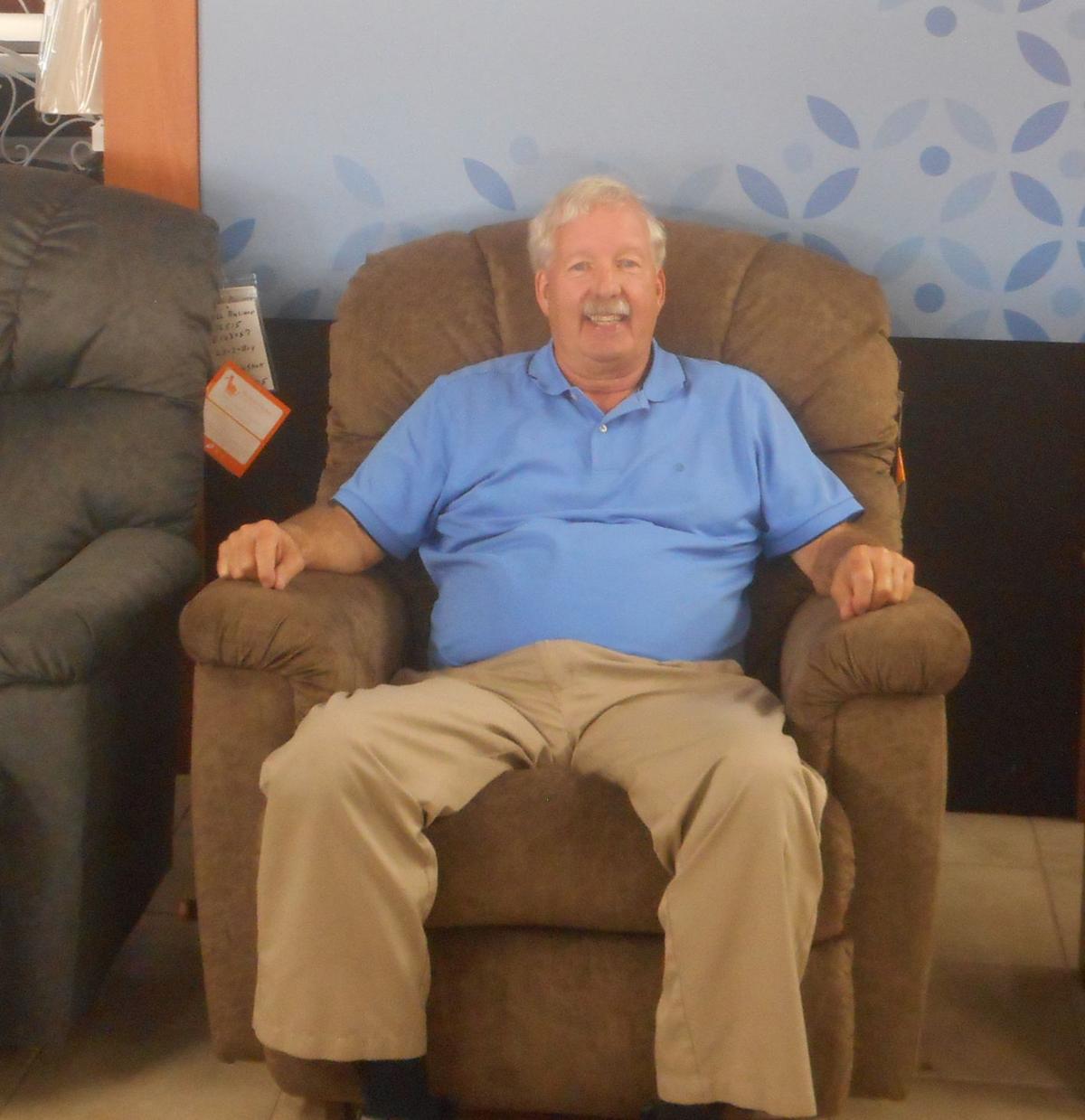 County Commissioner Eddie Holland sits in one of the many recliners in the showroom of his furniture store in Caroleen. 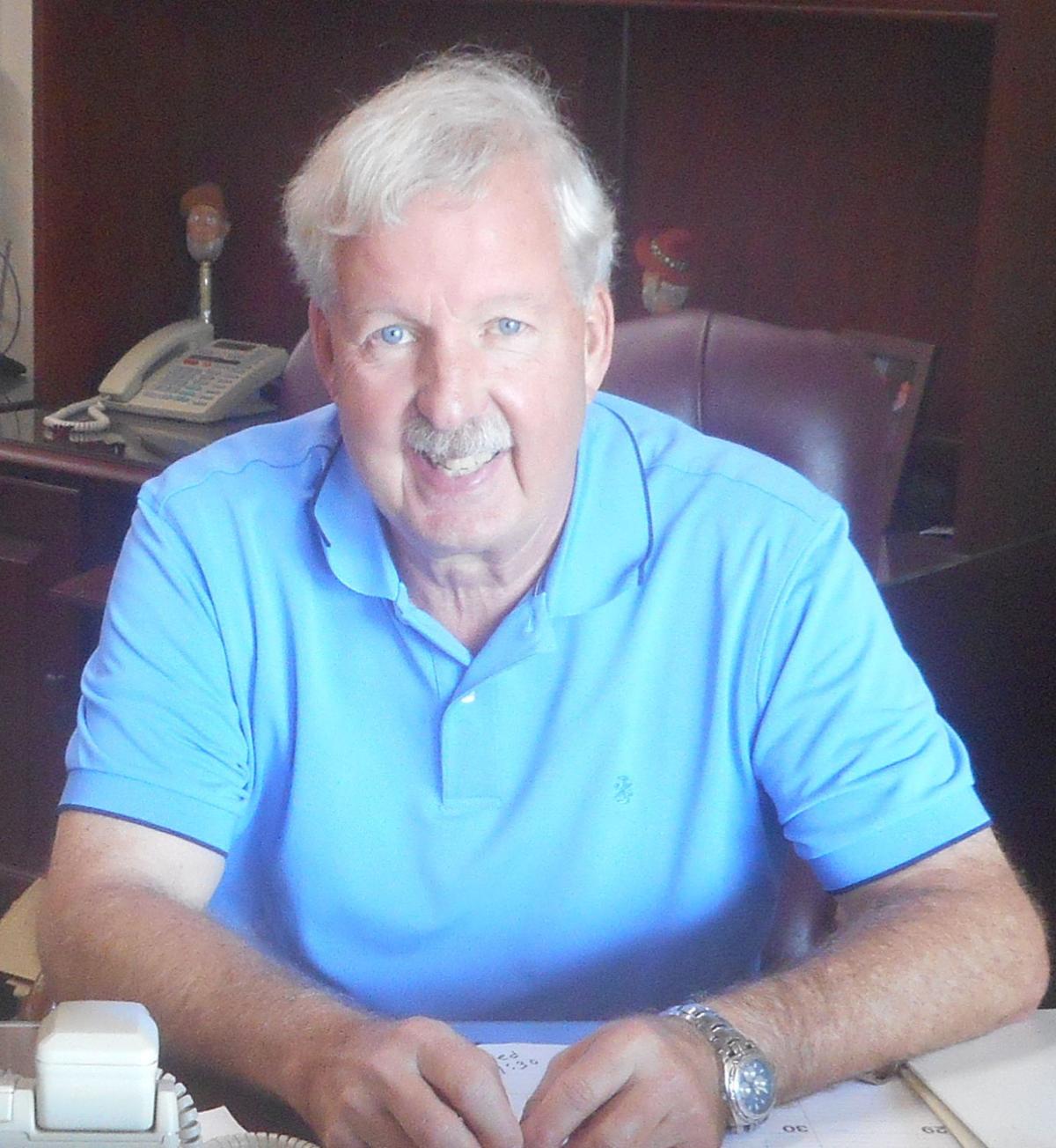 County Commissioner Eddie Holland sits in one of the many recliners in the showroom of his furniture store in Caroleen.

Eddie Holland is the fifth generation in his family to serve as a Rutherford County commissioner. When the board meets Monday night, it will be his last. Holland chose not to seek re-election after three terms (12 years) on the board.

Holland says he chose to run for a seat on the board to make a positive difference for Rutherford County.

Holland said 13 years ago, he had taken a CPR class. He used his training several times.

“Each time, it took an ambulance about 45 minutes to get here,” he said. “That’s one of the main reasons I chose to run. We needed an EMS (emergency medical services) station down here in the southern part of the county. And now we finally have one.”

Holland owns and operates Holland Furniture Store in Caroleen, not far from the EMS station.

“When I hear that siren going off, it is music to my ears,” Holland said. “I know that people’s lives are saved because of it.”

Before he joined the board, Holland says the area where he lives, the southern portion of Rutherford County, was “slighted” when it came to county services.

“County services were lacking down here,” he said. “I felt like the southern end was the low priority. But that has changed.”

Holland says he was happy to advocate for that part of the county, and for “doing what was right for all of Rutherford County.”

“That old attitude has changed,” he continued.

Holland serves as the lone Democrat on a Republican-dominated board. But that didn’t bother him.

“I find that when politics gets involved, nothing good comes from it,” Holland said with a smile. “When I voted, I always did what I thought was right. I always treated people the way I wanted to be treated. When appointing others to serve on committees or boards, I always considered who was qualified, not their political party affiliation.”

Part of Holland’s appeal is his affable, friendly sensibility. He has friends from across the political spectrum.

“I’ve got friends from all over ... Republicans and Democrats, and people with no affiliation,” Holland said.

He fondly recalls when two men, a Republican and a Democrat were competing to be Rutherford County sheriff.

“After that election, I sold each of them a mattress,” he said.

His success as a local politician, he said, does not necessarily depend on political party.

“I am a lifelong Democrat,” he said. “And I have always tried to listen to the people, and help do what is right for the people.”

He appreciates the current county commissioners, and says they have worked well together. During his time on the board, Holland says there are a number of things he is proud of in addition to the southern EMS station, including economic development with the arrival of Facebook, support for public education with special sales taxes, support for the new Thomas Jefferson high school building and the new science building at Isothermal Community College.

“Our board has always worked well together,” he said. “I am grateful for each of the board members.”

Holland recalled a time when he was diagnosed with cancer.

“I was diagnosed in 2013,” he said. “The board altered their meeting schedule to accommodate my chemotherapy schedule. That, I will never forget.”

A loyal fan of the University of North Carolina at Chapel Hill, Holland also says the board members accommodated him when he asked them to wear light blue, in honor of the Tar Heels playing for a national championship.

“We got along well. I think the county is in good hands with that board, and with the excellent county employees including County Manager Steve Garrison,” Holland said.

Regarding regrets, Holland responded: “I would not change any of my decisions as a member of the board, but I do wish we had more opportunities to help bring in good paying jobs.”

Holland is grateful for those who have voted for him in the past, but he is looking forward to retirement from political life. He will continue running his family’s furniture business, which turned a century old this year. Holland also is a farmer with approximately 80 head of cattle.

With Lavonne, his wife of 47 years; a son and daughter who are both married; and seven grandsons ranging in age from 2 to 12, Holland’s life will remain full. But his fellow commissioners will miss him.

“Commissioner Eddie Holland would often say he wanted what was best for the county,” said Commission Chairman Bryan King. “He was dedicated to this endeavor throughout any discussion or decision. I appreciated each of his phone calls throughout the month as he would reach out to discuss a matter coming before the board.”

“Eddie has been a valued member of our team. We will miss him, but he won’t be forgotten. He has left his mark on our community, and on our board, reminding us that doing what is best for the county should always be the priority.”