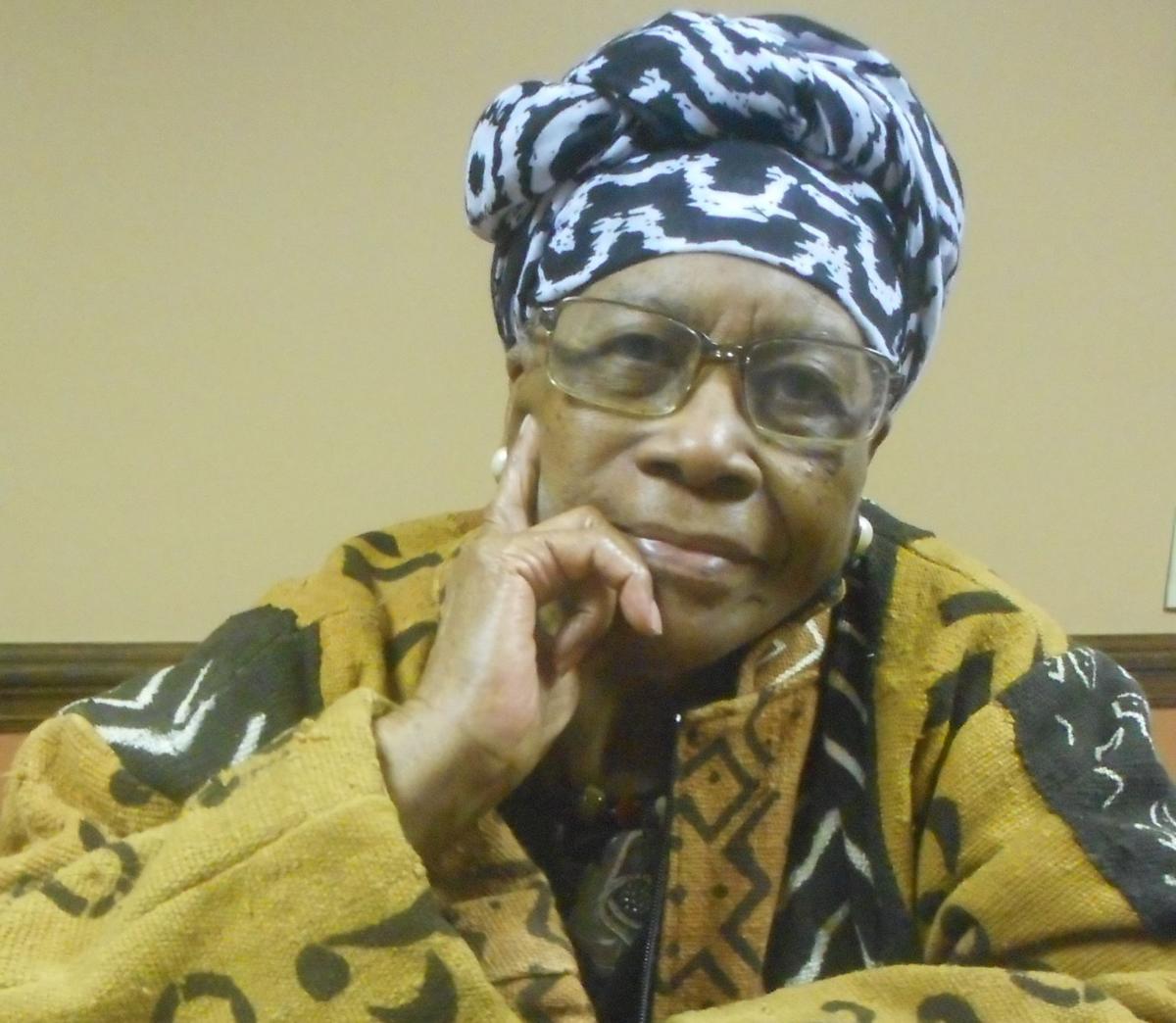 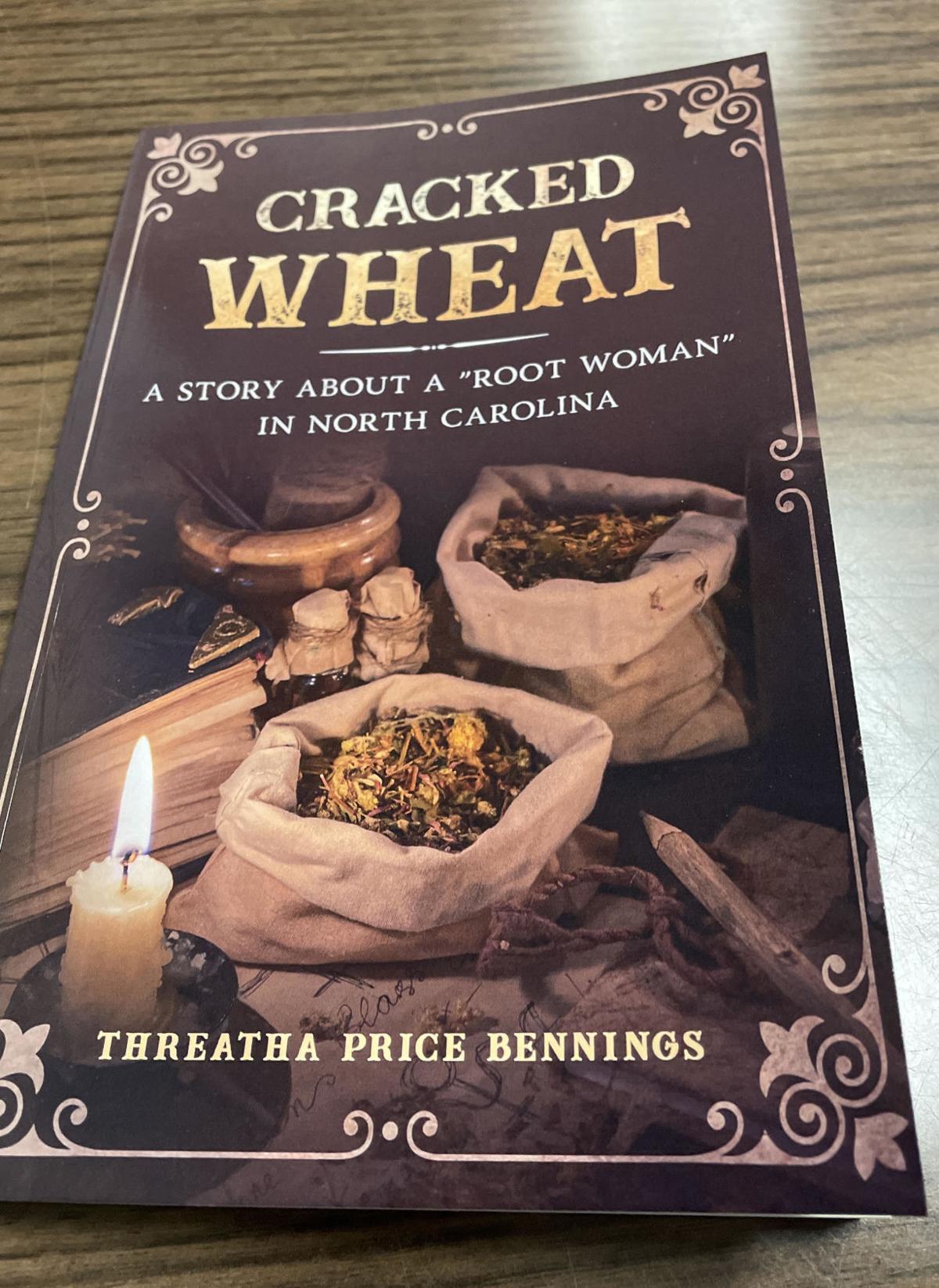 “Cracked Wheat: A story about a ‘root woman’ in North Carolina” is now available. The is the second book by Threatha Price Bennings.

“Cracked Wheat: A story about a ‘root woman’ in North Carolina” is now available. The is the second book by Threatha Price Bennings.

FOREST CITY — The places in the book will sound familiar, like Grahamtown and Saluda. And while the character names and some minor details have been changed, the stories in the book “Cracked Wheat: A story about a root woman in North Carolina” are real, according to author Threatha Price Bennings. She hopes readers will find the themes of survival and resilience to be life-affirming.

“Cracked Wheat: a story about a root woman in North Carolina” was recently published. The book centers on the tale of a Black woman named Gussie Mae, who comes to live with a White family in Saluda in the 1950s.

Gussie Mae lives on the Warren Farm, cooking and cleaning. But she also does other things, like healing people who have various ailments, and removing “bad luck” or “spells.” She becomes an integral part of the Warren family, and grows in stature to not just earn a living and survive as an illiterate Black woman who became blind...but to thrive. As a root woman, she earns the respect of the Black and White people, who often sought her advice and her help.

While Gussie Mae and others in “Cracked Wheat” are fictional characters, they are drawn from real-life people and the experiences of Bennings.

“I knew, and a lot of people knew, the person who was the inspiration for Gussie Mae,” Bennings said. But she won’t reveal her name.

Bennings grew up in Forest City’s Grahamtown community and earned her bachelor’s degree from the College of New Rochelle in New York. She served honorably in the U.S. Army, and once worked for the Veteran’s Administration.

“When I was growing up, I would hear the elders talking about this blind woman who healed people with roots and herbs,” Bennings said. “People would go to her for healing potions, elixirs and poultices. Those stories stayed with me.”

Gussie Mae was a complex woman. She knew scripture, though never formally educated. She could say a prayer, or cast a spell. Some saw her as a big help to those who knew her. Others would scoff at her work, and look down on the things she did.

“Cracked Wheat” contains stories of incidents that happened in western North Carolina and Rutherford County. Bennings says it has lessons for the reader.

“It’s a look back at a time when more people relied on the root women,” she said. “It is also a source of inspiration. That was a difficult time for poor Black women, and poor people in general. People were resilient, and did what they believed they needed to do in order to make it.”

“Cracked Wheat” also touches on the complexities of race relations.

“This book is educational,” Bennings said. “I hope people will take the time to read it.”

“Cracked Wheat” is available on Amazon.com. This is not her first book. “Moving to Grahamtown” was published in 2007.