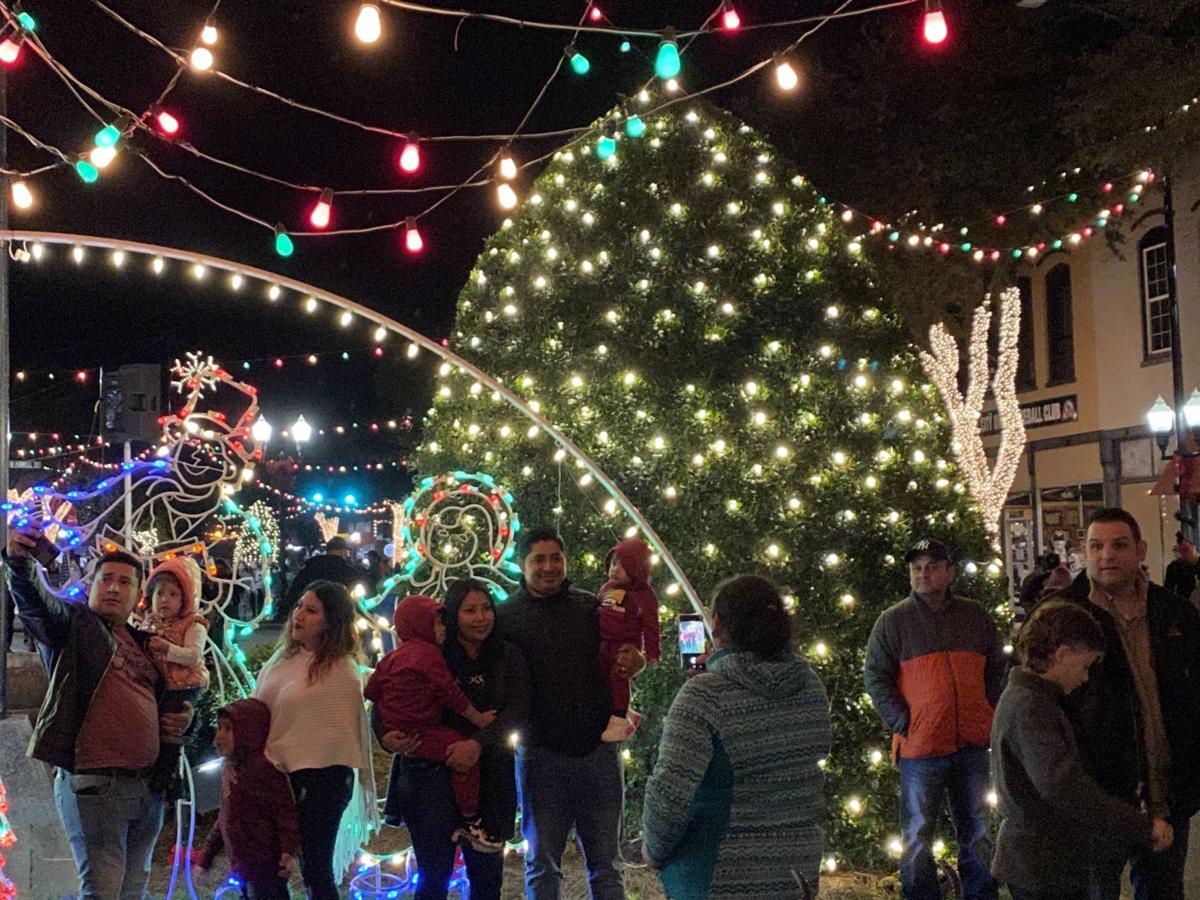 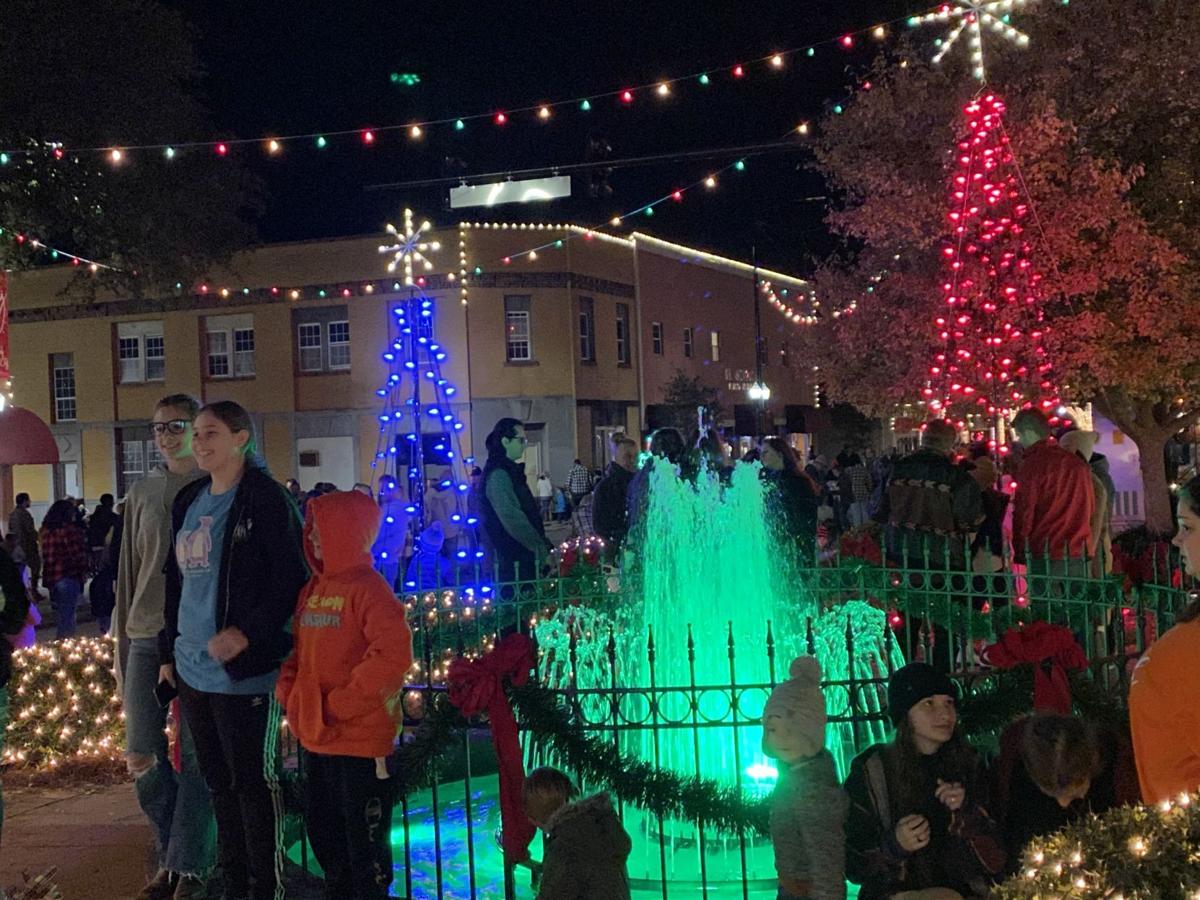 The fountain was a popular gathering spot for children and adults to have the photos taken. 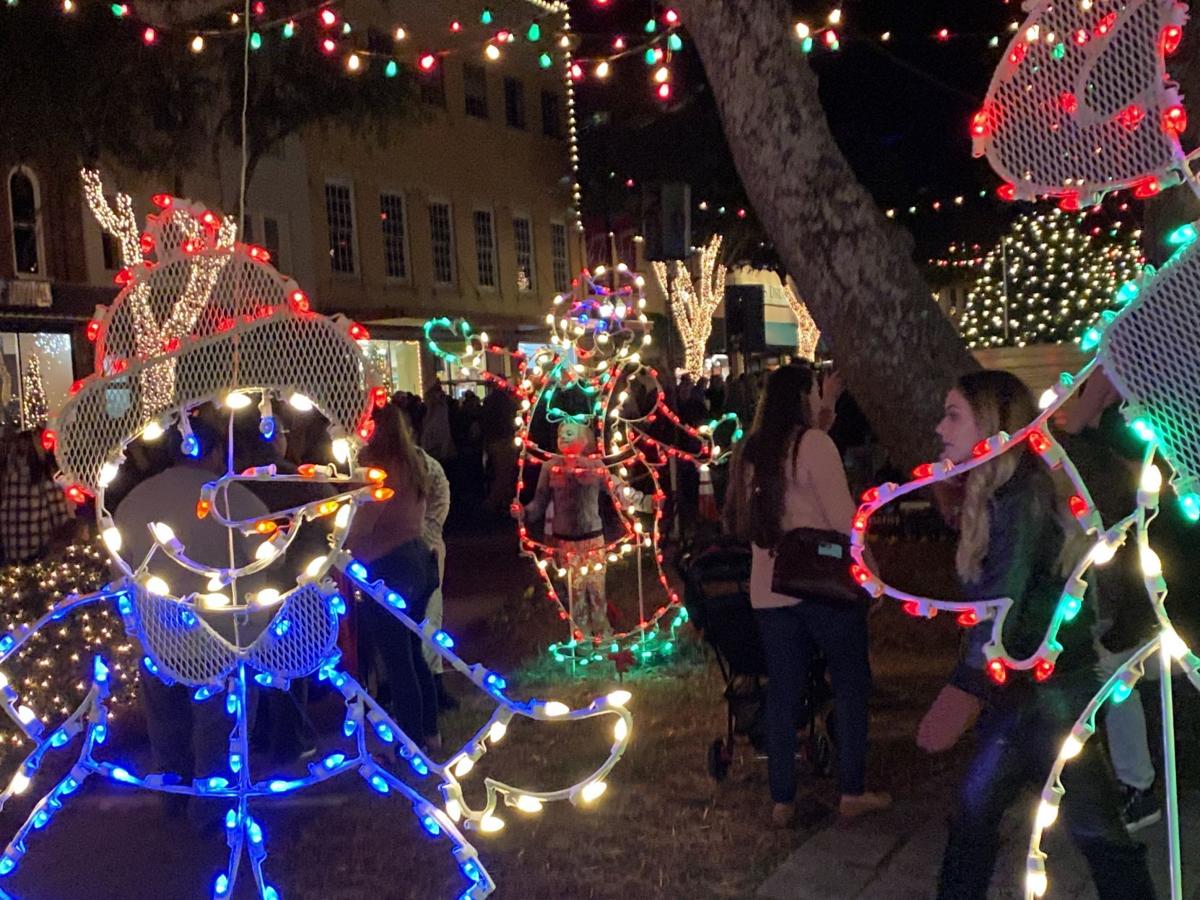 The town of Forest City uses more than 1 million lights for its downtown Christmas light decorations. The Christmas lights have made the town famous, drawing visitors from around the region and nearby states.

The fountain was a popular gathering spot for children and adults to have the photos taken.

The town of Forest City uses more than 1 million lights for its downtown Christmas light decorations. The Christmas lights have made the town famous, drawing visitors from around the region and nearby states.

Thousands gathered in downtown Forest City Thanksgiving night, when the town’s famed Christmas lights were officially turned on to mark the holiday season. Officials speculated that it was perhaps the largest crowed ever for the annual event.

“Through the years, attendance at our Christmas light ceremony has grown. But I think this year had the biggest crowd,” said Mayor Steve Holland, who presided over the event.

During the ceremony, Holland recognized and thanked local veterans, as well as front-line workers during the covid pandemic, including emergency workers, teachers and store employees.

The Christmas lights were officially turned on by local couple, Bill and Ada Banfield.

Holland explained Friday why he chose the Banfields for the honor.

“This is a couple, in their 90s. They are active, they love their community, and they have been married for more than 70 years,” Holland said. “They are an inspiration. That’s why they were selected.”

Among the thousands who gathered on Main Street were plenty of Rutherford County residents, but also many from outside the area, including South Carolina, Tennessee, and Virginia.

“We even had some visitors from Key West, Florida, who say they are planning to move here,” Holland said.

The town’s Christmas lights and assorted holiday activities, including horse-drawn carriage rides, which begin next weekend, have given Forest City much positive publicity.

COVID Vaccine Won't Affect Fertility, But Getting COVID Might

Besides being officially promoted as a tourism destination during the holidays, media outlets have also spread the word about Forest City’s holiday displays.

Travel website RomanticAsheville.com says Forest City, with its 1 million plus lights, is “...the ultimate festive small-town experience to get you in the holiday spirit.”

RomanticAsheville.com lists Forest City as among the top places to visit in western North Carolina for Christmas lights, along with the NC Arboretum and the Biltmore House.

For the first time, Main Street was closed to automobile traffic for much of the day, until 9 p.m. Holland said that was done because of safety concerns.

“Previously, we have had some close calls between pedestrians and cars driving along Main Street during the ceremony. We felt it would be better just to close the street during this time,” Holland said. “I think most people understood why we did it, though it may take some getting used to. We also had to unexpectedly close Trade Street because of a water leak. Other than that, everything went very well.”

Now that COVID-19 vaccines have been readily available for almost a year, and with the rate of covid cases going down in Rutherford County, Holland said the mood at the Christmas light ceremony seemed more upbeat than last year.

“There was a different mood. Everybody there seemed happier, with a lot of laughter and cheering,” Holland said. “I am grateful that people are more comfortable, and feel safer now being downtown.”

He added, “I think we are finally getting closer, to feeling like normal.”