Sign Up
Log In
Purchase a Subscription
You have permission to edit this article.
Edit
Home
Business
News
Sports
Features
Opinion
Obituaries
e-Edition
Classifieds
Yard Sale Map
Share This
1 of 2 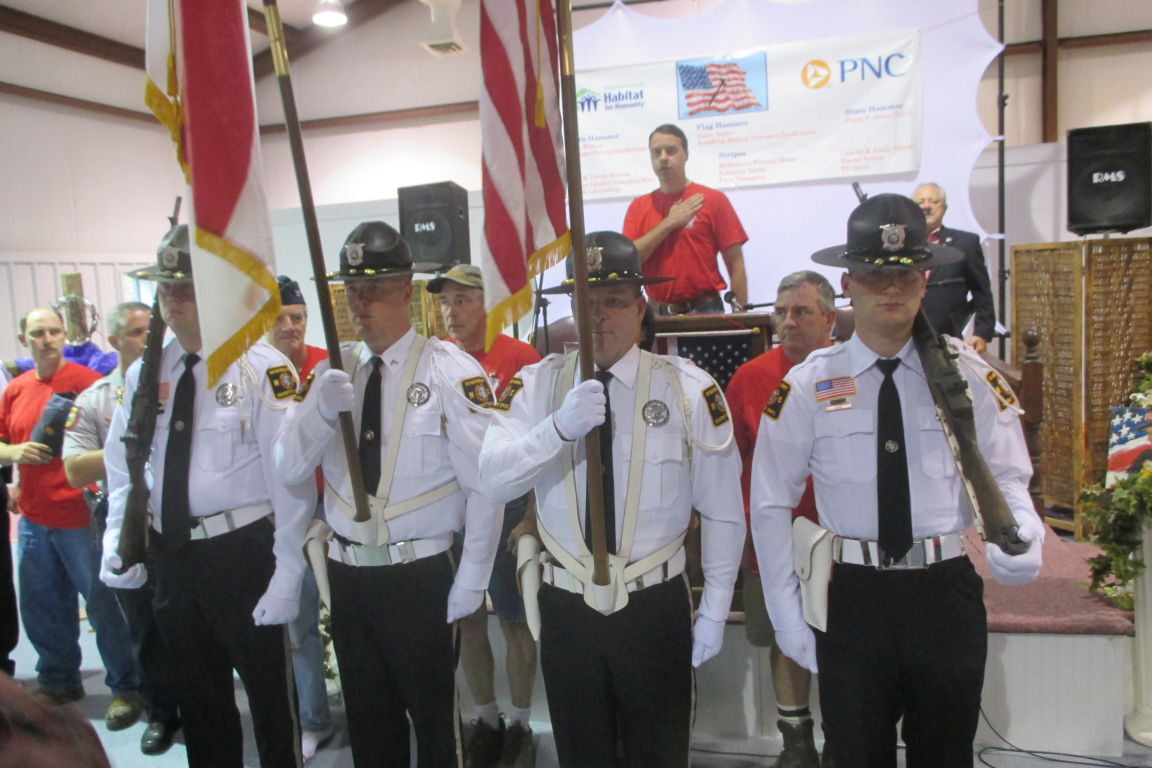 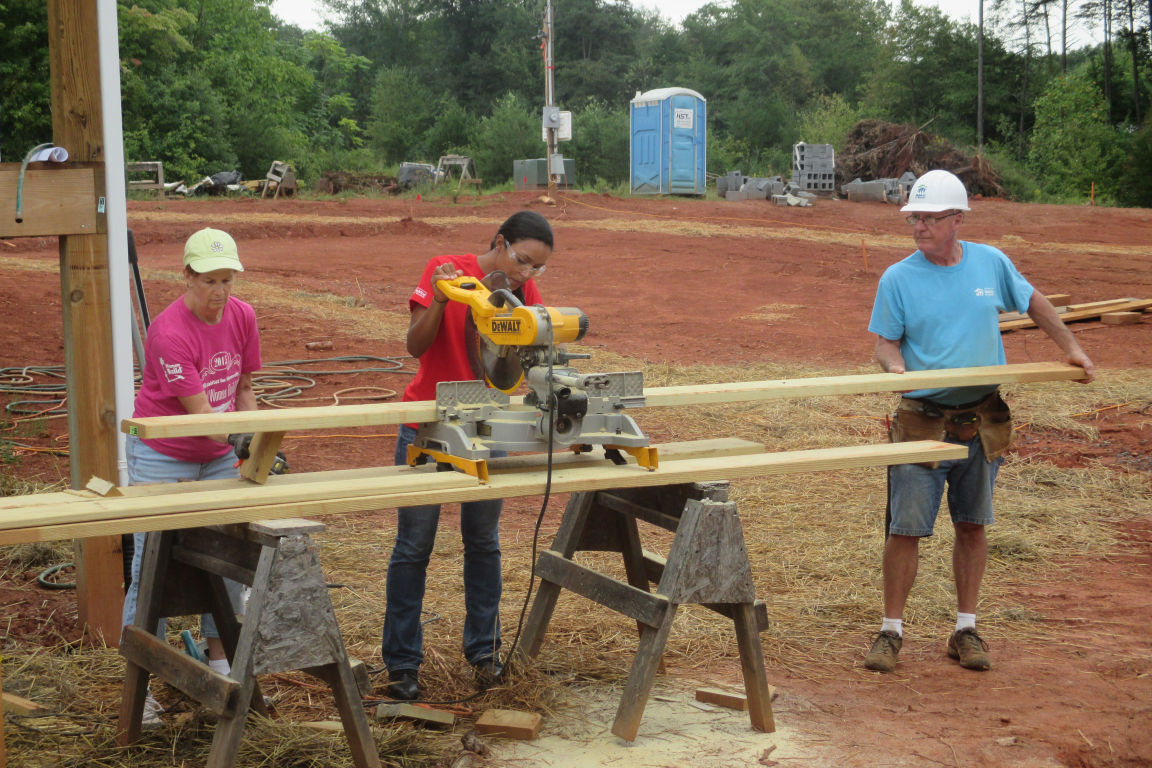 Volunteers, (l to R) Jackie Dennis, Amanda Britten of the U.S. Navy and Fred Dennis measure and cut wood for the house they are working on.

Volunteers, (l to R) Jackie Dennis, Amanda Britten of the U.S. Navy and Fred Dennis measure and cut wood for the house they are working on.

FOREST CITY- About 100 volunteers showed up Saturday for the Hammering for Heroes event hosted by the Rutherford County Habitat for Humanity in remembrance of 9/11. The event began at 8 a.m. with a ceremony honoring first responders and military members and veterans. Rutherfordton Mayor Jimmy Dancy welcomed everyone and recognized special guests including Rutherford County Sheriff Chris Francis, Spindale Town Manager Scott Webber and representatives from the Forest City Police Department, Spindale Fire Department and Rutherford County EMS. Recognition was also given to veterans and military personnel.

The Rutherford County Sheriff's Office Honor Guard presented the colors while Webber led the Pledge of Allegiance and the Christian singing group In HIs Glory performed the national anthem.

Kim Roberson, a representative of PNC Bank who sponsored the event, spoke highly of the Rutherford County Habitat for Humanity.

"We are proud to support what Habitat for Humanity is doing for our neighborhoods," said Roberson.

Mayor Dancy closed the ceremony by thanking the Executive Director of Habitat for Humanity Kim Freeman and leaving everyone with a positive message.

"I guarantee each individual in this room is making a difference today," said Mayor Dancy.

One volunteer, Andrew Wendell, remembers being outside of Nashville, Tennessee when the second plane hit the World Trade Center in New York City.

"I was working at IHOP at the time and my manager at work was Muslim, and when it came out who was behind the attacks I was constantly calling him to make sure nobody was messing with him," said Wendell.

"I felt like I should do something," said Caldwell.

Freeman was very happy with the turnout of the event.

"It was humbling to do the event and an honor to see all the first responders who showed up to help out," said Freeman.