Peggy Brown (pictured) along with Marilyn McKinney delivered a dramatic dialogue at the Juneteenth Celebration.

Music from a live band added to the festive atmosphere at the Juneteenth Celebration in Grahamtown.

FOREST CITY — As the nation observed “Juneteenth,” on Saturday June 19, for the first time as a federally-recognized holiday, a Juneteenth celebration was held in the Grahamtown community in Forest City.

Juneteenth recalls the day when the last slaves in America, in Galveston, Texas, were informed that they were free. Federal troops arrived June 19, 1865 to enforce President Abraham Lincoln’s Emancipation Proclamation. This was two months after the official end of the Civil War.

Held at the old Dunbar School on Hardin Road, the celebration was sponsored by the Grahamtown Team (G-Team) and included live music, food, fellowship and bounce house entertainment for children. Dozens attended the event, including several small Black-owned businesses who showcased their products.

Peggy Brown and Marilyn McKinney presented a dramatic dialogue of a conversation between two slave mothers pondering what the future holds once they become free.

Brown wrote the dialogue because she wanted to highlight the range of emotions that slave women must have gone through, especially as mothers.

“I wanted to look at this from a mother’s perspective,” Brown said. “Those women must have felt apprehensive. They had fear...fear of the unknown. But they also had hope. And they had faith.”

Brown acknowledges that in today’s society, there is still anxiety and even fear.

“We are not asking for anything,” Brown said, “except to be treated equally. To be treated fairly. We all want to be able to pursue happiness without fear.”

Ashley Dula is an African-American entrepreneur based in Morganton. She was at the event with her grandmother, Sarah Dula. Ashley Dula works for a company making adaptive clothing for those who are physically handicapped.

But she also teaches sewing classes, and has her own fashion line, Dula Apparel (Dulaapparel.com). At the Juneteenth Celebration, she had an assortment of handbags, men’s bow ties, and other products, all hand-made.

Dula says Juneteenth is important, because it represents freedom.

“I appreciate my freedom, including the freedom to create,” she said.

Dula has ties to Rutherford County. Her grandfather Charles Davis was the first Black councilman for the town of Spindale.

“He worked for unity, and I’m happy about that,” Dula said.

Wilfred McDowell, who serves on the G-Team board, was pleased with the event. He hopes it will build enthusiasm and pride for not only the community at large, but Grahamtown in particular.

“Grahamtown was once a thriving area with locally owned businesses,” McDowell said. “There were shops, businesses, all along Hardin Road. We would like to see some of that return.”

The event enabled people to network, and explore new possibilities. Representatives from Isothermal Community College were at the event, along with local politicians and law enforcement.

McDowell says remembering and celebrating Juneteenth is an important part of American history that needs to be remembered.

“People need to be taught the truth about things that happened in our past, so we can learn from those events,” McDowell said. “This celebration is about being truthful, and working together for a better future for us all.”

News
Festival gets a 'bounce' from out-of-state visitors

Most of those visitors hailed from western North Carolina and upstate South Carolina, but residents as far aways as Tennessee, Ohio, Pennsylvania, Georgia and Florida joined in the festivities. Those states were identified from a survey that collected zip codes, according to Amy Bridges, event organizer with the town of Forest City.

“We estimated that somewhere between 1,100-1,200 people attended the concert on Friday night,” she said. “We do not have estimated numbers for Saturday since people flowed in and out of POPS (Pavilion on Park Square) all day. The Main Street merchants reported having a good day Saturday with heavy foot traffic all day and many out of town visitors.”

The Cherry Bounce Festival marked Forest City’s first festival, second concert at POPS, since resuming activities in the wake of the COVID-19 pandemic.

“We feel the festival was a success,” Bridges added. “After a year of no events, folks were excited to be able to get out and attend a festival that included live music, food trucks, and art vendors. And this year we were able to end the festival an the Owls baseball game and fireworks.”

She extended the town’s appreciation for the turnout for the making the festival a success. 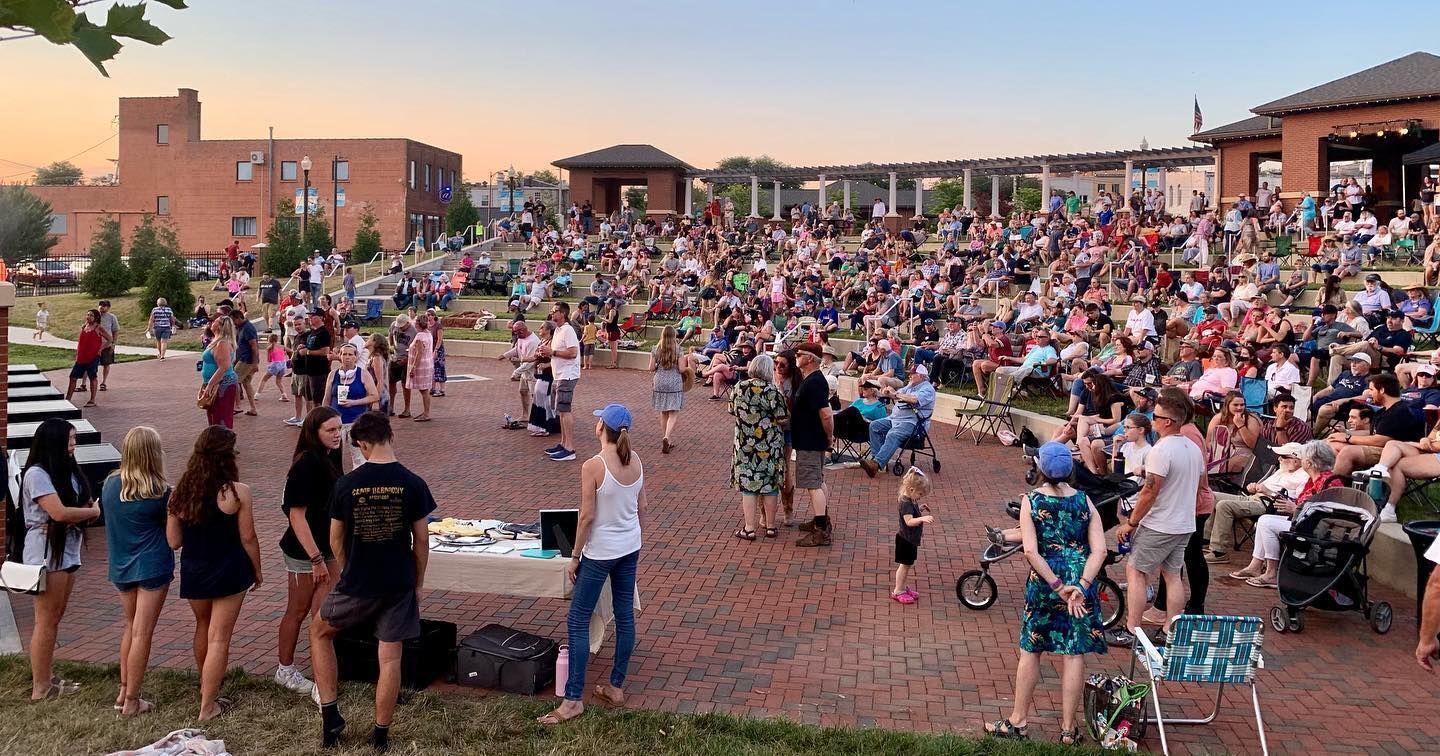 Nowhere was the excitement of the Cherry Bounce Festival more lively than at the Pavilion on Park Square (POPS) where a crowd of spectators enjoyed live music.

FOREST CITY — The “Feed Your Mind” summer series of forums, organized by United Way of Rutherford County kicks off with its first forum on Wednesday.

The topic of Wednesday’s forum is historic trauma in African-American communities. It will be led by Dr. Brenden Hargett. After his presentation, there will be a group discussion, question and answer session.

According to United Way, “the history of African-Americans and other people of color in the United States is often not fully told; particularly the history that can create individual and collective trauma.”

All of these forums are held at New Bethel AME Zion Church, 263 Forest Street, Forest City.