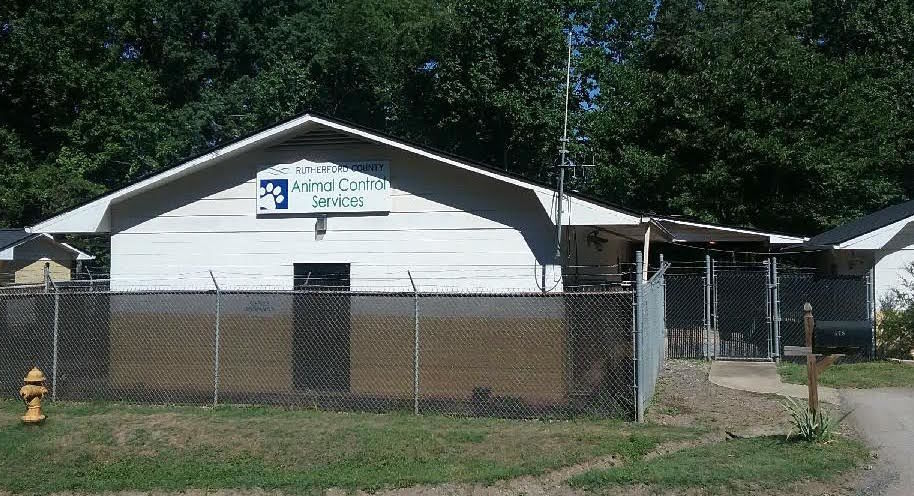 The County Animal Shelter is located at 578 Laurel Hill Drive, Rutherfordton. The shelter facility was established in the mid-1970s. 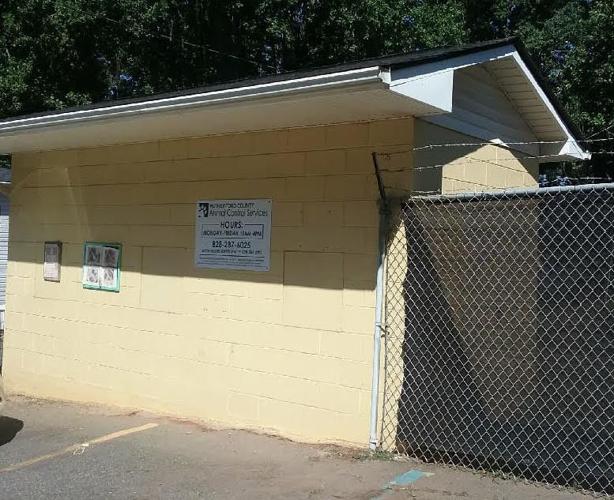 The facility consists of a small cluster of buildings. Cats are housed in separate building from the dogs. 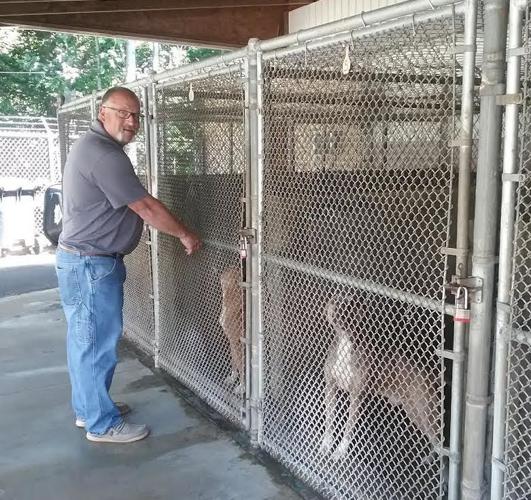 Department head James Kilgo is pictured with some of the dog kennels. As of Tuesday, there were 54 dogs and 61 cats housed at the animal shelter.

The County Animal Shelter is located at 578 Laurel Hill Drive, Rutherfordton. The shelter facility was established in the mid-1970s.

The facility consists of a small cluster of buildings. Cats are housed in separate building from the dogs.

Department head James Kilgo is pictured with some of the dog kennels. As of Tuesday, there were 54 dogs and 61 cats housed at the animal shelter.

RUTHERFORDTON — A new animal shelter is on tap for Rutherford County.

Officials say the current shelter, located at 578 Laurel Hill Drive, Rutherfordton, should have already been replaced. But now, funding is finally available thanks to the decision by county government, approved by Rutherford County commissioners to include this project among the capital projects that will be funded by federal American Rescue Plan Act (ARPA) funds.

The new facility will be located on county-owned property near the current shelter and has a budget of $3.5 million.

“There have been discussions for several years regarding the Animal Control and Adoption Center recognizing that the facility does not sufficiently meet our needs,” said Rutherford County Manager Steve Garrison. “Within the last two years, we began to seriously initiate preliminary discussions and visioning towards an eventual new construction project. Currently we are evaluating placement of the new facility on or near where the current facility resides.”

James Kilgo, who heads the Animal Control Services, as well as the Solid Waste Department, believes a new facility will be better for the animals, more user-friendly for the public, and a better environment for the county employees and volunteers who work at the facility.

“The new facility will be more efficient, and our capacity will increase,” Kilgo said.

As of Tuesday, the shelter was housing 54 dogs and 61 cats.

The animal shelter is nearly 50 years old, and consists of a cluster of buildings, with very limited parking. The shelter is regulated by the state, and meets state requirements.

Though each month there are some instances of euthanasia, for seriously injured animals, those with serious illness, or those who are deemed “un-adoptable” because of being severely aggressive, the instances are down dramatically from previous years.

“We have a better than 90% live release rate,” Kilgo says, a number that continues to improve.

This means that an animal at the shelter has a 90% chance of being released to a new home, returned to owners after being lost, or placed in a privately operated animal rescue organization such as Heart of the Foothills Animal Rescue.

“Our animal shelter employees and volunteers are doing a great job with the tools that they have,” Kilgo said.

Officials hope the new facility will mean more citizens will visit and consider adopting one of the animals in the care of Rutherford County Animal Control Services.

“I am excited that this project is included in this year’s budget,” said County Commission Chairman Bryan King. “Projects like this increase the quality of life for our citizens, for the animals and for our employees at the shelter.”

According to Garrison, county officials have been working with an architectural firm to draft conceptual drawings of the new facility. Now that funding is in place, the next stop is creating blueprints.